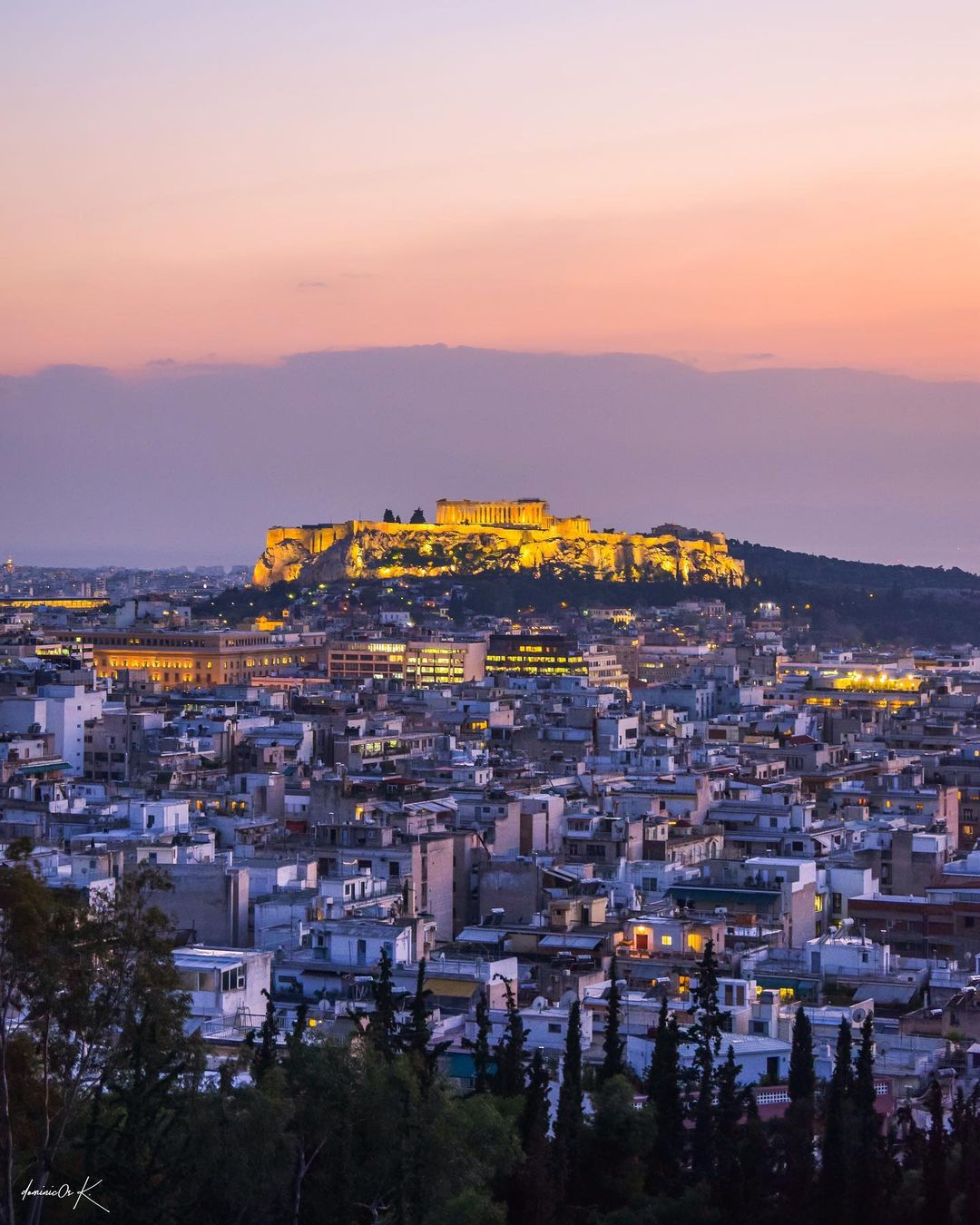 Greece is a country located in Southeast Europe, and Athens is the capital and largest city of Greece. It is one of the world’s oldest cities and biggest economic centres in Southeastern Europe because it has a noted history of over 3,400 years. Athens is known for its early human presence, finances, administration, heritage, transportation, education, culture, and sports. It welcomes tourists and embraces its natives with a hot-summer Mediterranean climate and improved air quality. Also, it is surrounded by various hills. Lycabettus is described as one of the tallest hills of the city and facilitates the view of the entire Attica Basin.

Cave of Schist is the oldest known human presence in Athens. It has been believed that the King of Athens, Theseus merged the ten tribes of early Athens into one kingdom. It has been inhabited for at least 5,000 years, and like numerous other Bronze Age settlements, it also faced economic decline for approximately 150 years later. Athens become the leading centre of trade due to its central position in the Greek world. The golden age of Athenian democracy highlighted the period when it became the leading city of Ancient Greece. After the Greek war of independence and the establishment of the Greek kingdom. Athens was declared as the capital of the newly independent Greek state in 1834.

The metropolitan area of Athens consists of 58 densely populated municipalities around the municipality of Athens in almost all directions. All the urban municipalities around the city enter are called suburbs, and suburbs are divided into four zones. Different zones of suburbs have different things to offer. For instance, the upgraded main Olympic complex dominates the skyline of the northern suburb, and sandy beaches are present in the southern suburbs. The grounds of the old Athens airport-Elliniko in the Southern suburbs have been transformed into the largest landscape park in Europe, known as Hellenikon Metropolitan Park.

Athens is labelled as the financial capital of Greece. It is a regional economic power and one of the major economic centres in South-eastern Europe. Significant Greek companies like Hellas Sat, Titan Cement, and others have their headquarters in the metropolitan area of Athens. National bank of Greece, Alpha Bank, Eurobank, and Piraeus Bank represent the banking sector of Athens. Tourism is another source of economy of the city because it is considered as one of the top destinations in Europe and a place equipped with excursions to Islands and mainland.

Athens is the birthplace of classical Greece and western civilization. Different beautiful cities like Ottoman, Byzantine, and Roman civilizations mark the design of the city. The initial pre-historic settlements were seen in 3000 BC near the hills of Acropolis. When Athens was chosen as the national capital of the modern Greek state, it was just a small provincial village. Also it suffered minor damage during World War II. It also hosted the 2004 summer Olympic games. The city which was frequently ranked as one of the most polluted in the world made huge efforts to clean the atmosphere. At present, itis the economic, cultural, and political centre of modern Greece, with approximately half of the country’s population.