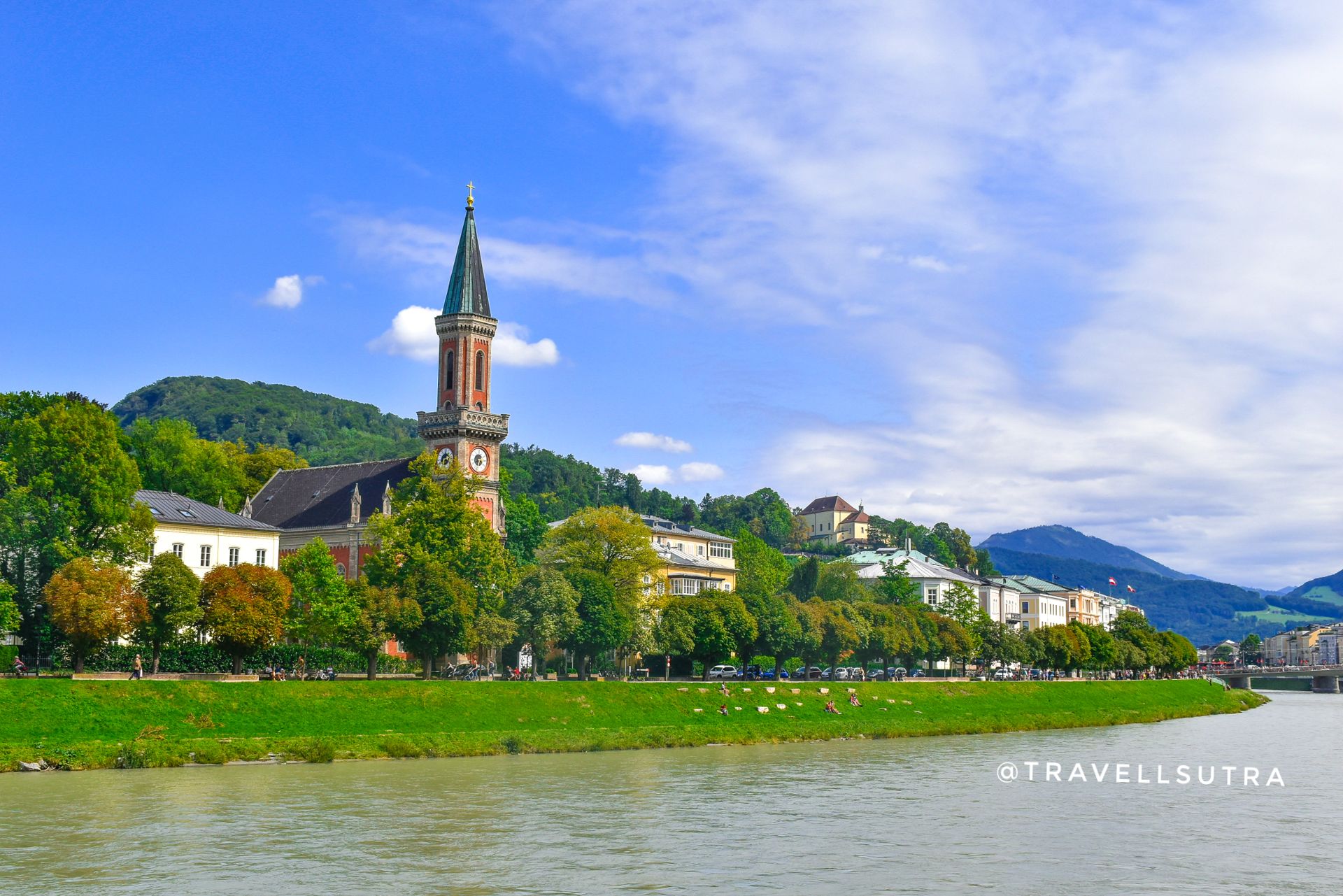 ”A mountain town with a rushing river running right through the center.”

Salzburg, birthplace of Mozart, is a city in central Austria, near the German border with the population of some 1.52 lakhs. Its old town, with its world famous baroque architecture, is one of the best preserved city centers in the German-speaking world and was listed as a UNESCO World Heritage Site in 1997. The name Salzburg literally means ‘Salt Fortress’, and derives its name from the barges carrying salt on the Salzach river, which were subject to a toll in the 8th century.

Salzburg was the capital city of an independent state from the early 14th century until 1805. It was ruled by prince-archbishops, who became rich from the salt-mines located in the south of the city. This led to the architectural gem you see today as not only materials, but also architects, were imported from Italy and other European countries. This is also the reason why, compared to other Austrian cities, sacred monuments outnumber the few secular buildings. This is how Salzburg got its nickname as ‘the Rome of the North’. Everywhere you go in this city you see and read about the legacy of the archbishops.

The Trapp family and The Sound of Music is inseparably linked with Salzburg. Follow Maria’s footsteps and explore the many locations in the city of Salzburg and the surrounding countryside. Panorama tours offer a bus tour, which takes you to all movie sites.  The Festival district, at the foot of  Mönchsberg ,with two famous festival halls and the Felsenreitschule, is a Baroque masterpiece designed by Fischer von Erlach in 1693. South of Salzburg’s old town is the popular Schloss Hellbrunn with the world-famous ‘Wasserspiele’ containing many ingenious trick fountains and water-powered figures.

Some 4,000 cultural events make Salzburg one Austria’s most important cultural centres. The acclaimed Salzburger Festspiele, founded in 1920, is the high point in Salzburg’s culture calendar and includes concerts, opera, and theatre performances. St. Peter’s Abbey, Europe’s oldest restaurant, is located in the heart of Salzburg, and serves as a great starting point to walk up to the Fortress Hohensalzburg. For modern & contemporary art visit the Museum of Modern Art, located atop the Mönchsberg, along with and a restaurant that offers amazing views of the old city of Salzburg.

The joke ‘If it’s baroque, don’t fix it’ is a perfect maxim for Salzburg: the story-book Altstadt (old town) burrowed below steep hills looks much as it did when Mozart lived here 250 years ago. Beside the fast-flowing Salzach River, your gaze is raised inch by inch to graceful domes and spires, the formidable clifftop fortress and the mountains beyond. It’s a backdrop that did the lordly prince-archbishops and Maria proud.

Posted by Rhythm Arya
Follow:
"You never know how amazing you can be." Traveler | Writer | Artist
4 Comments 4 Comments