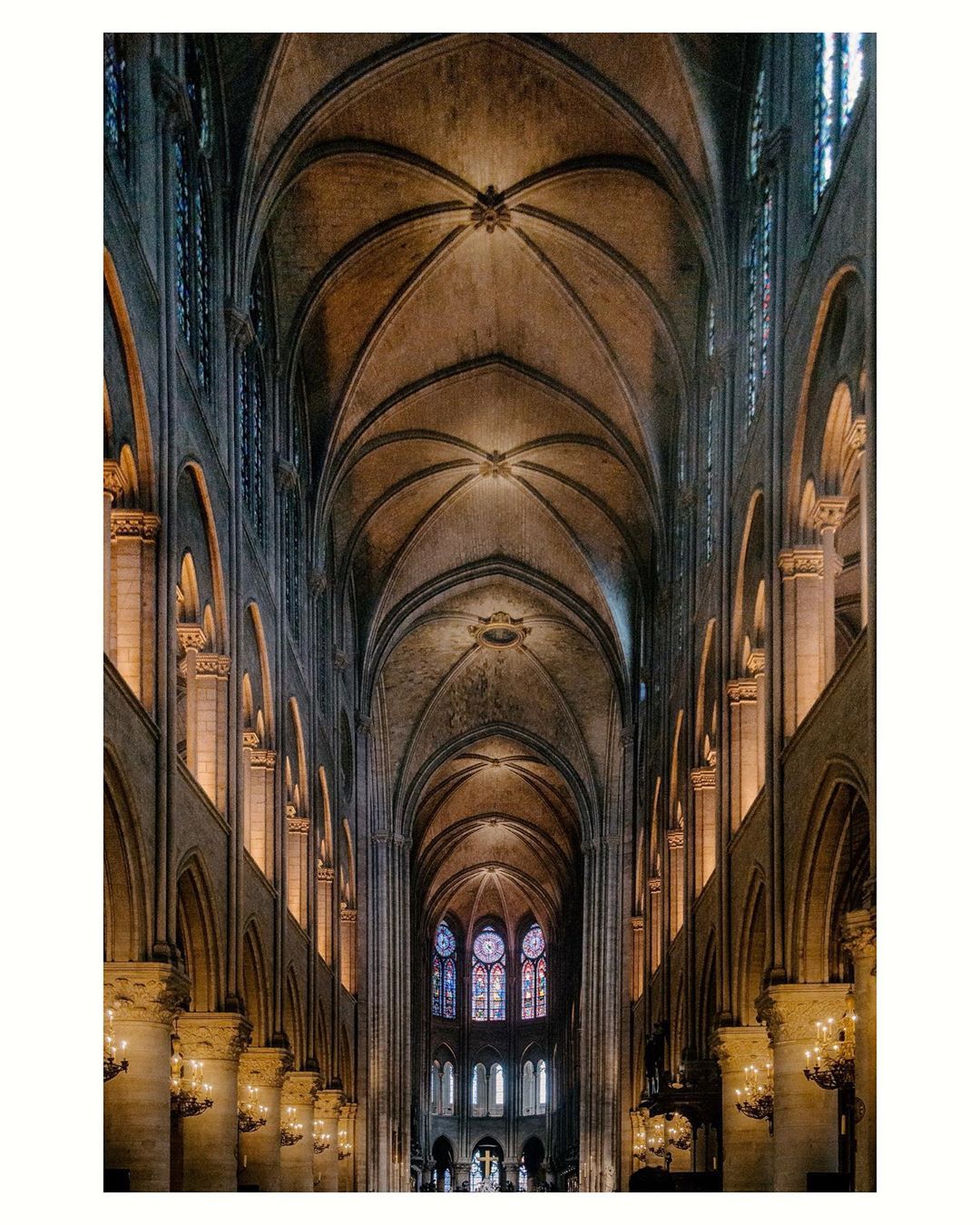 One of France’s most brilliant expressions of medieval architecture, this remarkably harmonious ensemble of carved portals, huge towers, and flying buttresses has survived close to a millennium’s worth of French history and served as a setting for some of the country’s most solemn moments.

Napoleon crowned himself and Empress Josephine here, Napoleon III was married here, and some of France’s greatest generals had their funerals here.

The resilient, gravity-defying Gothic cathedral survived centuries of France’s turbulent past. It emerged in the 19th century from near ruin, thanks to a massive restoration project. In 2013 NOTRE DE DAME celebrated its 850th anniversary.

For this occasion, many events were organized and the cathedral renewed its bells with the arrival of eight new bells as well as a great new bell. Road distances from Paris in France are calculated from point 0 on the cathedral forecourt.

NOTRE DAME DE Paris is perhaps France’s most famous landmark: standing tall at the heart of the city for centuries, accepting the people’s reverence one day, then facing their rejection on another.

Its many visitors come to admire its stained glass and rose windows, the towers, the steeple, and the gargoyles. They can also discover the Notre Dame treasury and have a go at climbing the towers to enjoy a panoramic view of Paris.

While its interior is closed off to visitors following the devastating fire of April 2019, this masterpiece of French Gothic architecture remains the city’s geographic and spiritual heart.

It’s grand exterior, enduring towers and flying buttresses, is rightly still an alluring attraction to countless visitors. Notre- Dame lies at the eastern end of the Ile de la Cite and was built on the ruins of two earlier churches, which were themselves predated by a Gallo-Roman temple dedicated to Jupiter.

In case you are traveling to Paris and wonder to visit a Neo-Gothic Age architecture- Notre De Dame is open all year round. It’s such a marvelous piece of history that you will be mesmerized after visiting this beauty.