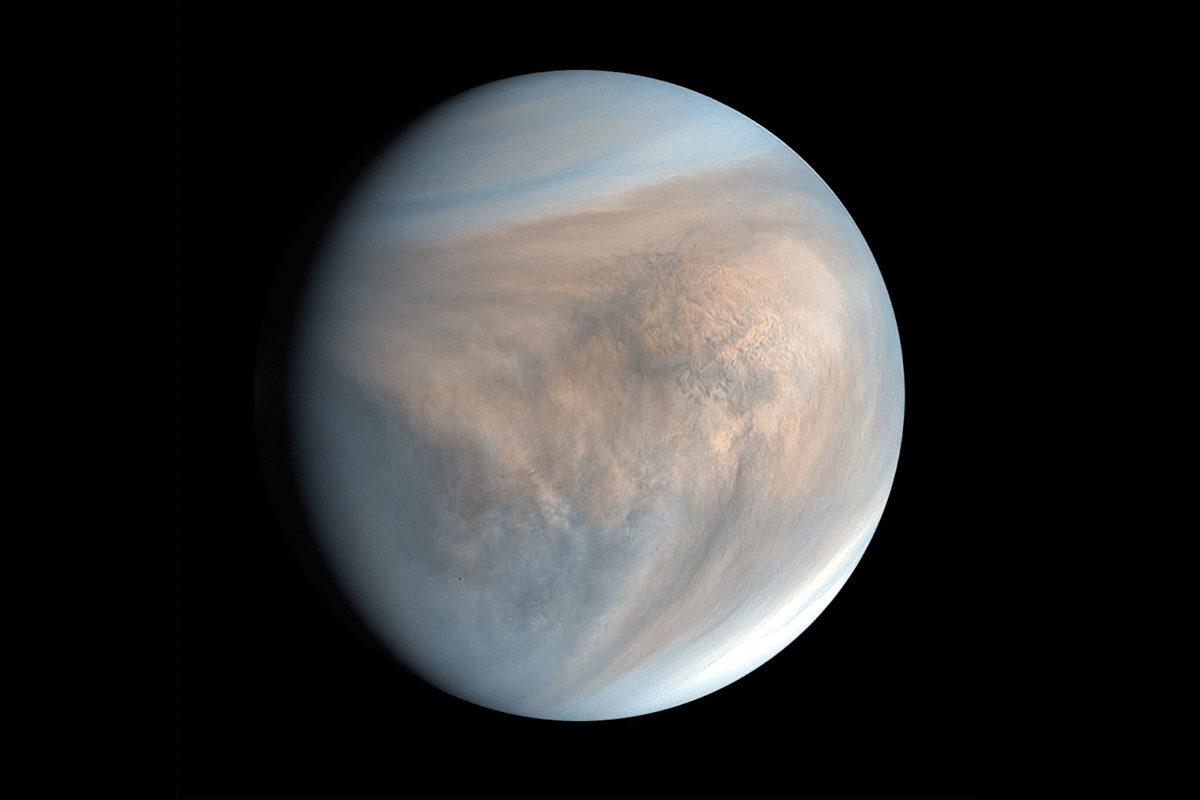 On Monday, an exciting, and controversial, find was published in Nature Astronomy. A team of astronomers reported on the detection of a molecular gas – phosphine (PH3) within the upper layers of the clouds of Venus. Phosphine is what is called a biomarker. It’s one of the chemicals that astronomers look for in the atmosphere of a planet to determine if that planet might harbour life.

To be clear – no, scientists did not find life on Venus. They found a chemical that typically is a bi-product of life, and it’s difficult to understand how it can be found in these quantities without life being present. However, now is the time to be cautious in interpreting these results. There are actually some very good reasons to be cynical of the conclusion that the presence of phosphine is synonymous with life.

But we can look at this observation for what it is. Phosphine was detected at 15-sigma. That means it’s a very, very clear detection. Assuming the astronomers did their due diligence, it looks like phosphine might really be in the clouds of Venus.

What is unclear at this point is where this phosphine comes from. Typically, the production of phosphine is associated with life. It’s possible, however, that phosphine could come from some yet unknown process. What’s more likely – there is an unknown process at work in the clouds of Venus? Or that there is life suspended in its clouds of sulfuric acid? For this, more work is needed.

The authors themselves stress this. “Even if confirmed, we emphasize that the detection of PH3 is not robust evidence for life, only for anomalous and unexplained chemistry,” they state. “There are substantial conceptual problems for the idea of life in Venus’s clouds—the environment is extremely dehydrating as well as hyperacidic.”

High in the toxic atmosphere of the planet Venus, astronomers on Earth have discovered signs of what might be life.

If the discovery is confirmed by additional telescope observations and future space missions, it could turn the gaze of scientists toward one of the brightest objects in the night sky. Venus, named after the Roman goddess of beauty, roasts at temperatures of hundreds of degrees and is cloaked by clouds that contain droplets of corrosive sulfuric acid. Few have focused on the rocky planet as a habitat for something living.

Instead, for decades, scientists have sought signs of life elsewhere, usually peering outward to Mars and more recently at Europa, Enceladus and other icy moons of the giant planets.

The astronomers, who reported the finding on Monday in a pair of papers, have not collected specimens of Venusian microbes, nor have they snapped any pictures of them. But with powerful telescopes, they have detected a chemical — phosphine — in the thick Venus atmosphere. After much analysis, the scientists assert that something now alive is the only explanation for the chemical’s source.

Some researchers question this hypothesis, and they suggest instead that the gas could result from unexplained atmospheric or geologic processes on a planet that remains mysterious. But the finding will also encourage some planetary scientists to ask whether humanity has overlooked a planet that may have once been more Earthlike than any other world in our solar system.

“This is an astonishing and ‘out of the blue’ finding,” said Sara Seager, a planetary scientist at the Massachusetts Institute of Technology and an author of the papers (one published in Nature Astronomy and another submitted to the journal Astrobiology). “It will definitely fuel more research into the possibilities for life in Venus’s atmosphere.”

David Grinspoon of the Planetary Science Institute in Tucson, Ariz., who was not part of the work but has long promoted the possibility of life in Venus’s clouds, said, “That is pretty damn exciting!”

The work needs to be followed up, he said, “but this could be the first observation we’ve made which reveals an alien biosphere and, what do you know, it’s on the closest planet to home in the entire cosmos.”

Jim Bridenstine, the administrator of NASA, responded to the finding on Twitter, saying, “It’s time to prioritize Venus.”Venus is one of the most beautiful objects in Earth’s sky. But at a closer glance, the less lovely it becomes.Often called Earth’s twin, Venus is roughly the same mass as Earth. Many scientists think that Venus was once covered in water and possessed an atmosphere where life as we know it could have flourished.

In earlier days of the solar system, Earth was not so hospitable to the likes of us. There was life here then, even an entire biosphere that did not survive in the oxygen-rich environment that later developed. And much as Earth over time became a home for jellyfish, ferns, dinosaurs and Homo sapiens, Venus was transformed by something into a hell.

Today, the second planet from the sun has an atmosphere stifled by carbon dioxide gas, and surface temperatures that average more than 800 degrees Fahrenheit. The dense atmosphere of Venus exerts a pressure of more than 1,300 pounds per square inch on anything at the surface. That is more than 90 times the 14.7 pounds per square inch at sea level on Earth or the equivalent to being 3,000 feet underwater in the ocean.

It is hardly a place that makes visiting or research easy, although that doesn’t mean people haven’t tried. Space programs have tried dozens of robotic missions to Venus, many of them in the Soviet Union’s Venera series. But the planet eats metal, within minutes melting down and crushing spacecraft that have landed there. Of all those attempts, only two managed to directly capture images of the planet’s surface.

Although the surface of Venus is like a blast furnace, a cloud layer just 31 miles below the top of its atmosphere may reach temperatures as low as 86 degrees Fahrenheit and has a pressure similar to that at ground level on Earth. Many planetary scientists, including Carl Sagan and Harold Morowitz, who proposed the idea 53 years ago, have hypothesized life may exist there.

And NASA, which has declined to fund a number of Venus missions in recent decades, announced in February that it would consider a pair of proposed spacecraft among four finalists competing for a round of funding.

“For the last two decades, we keep making new discoveries that collectively imply a significant increase of the likelihood to find life elsewhere,” said Thomas Zurbuchen, the head of NASA’s science directorate, who helps select missions to explore the solar system. “Many scientists would not have guessed that Venus would be a significant part of this discussion. But, just like an increasing number of planetary bodies, Venus is proving to be an exciting place of discovery.”