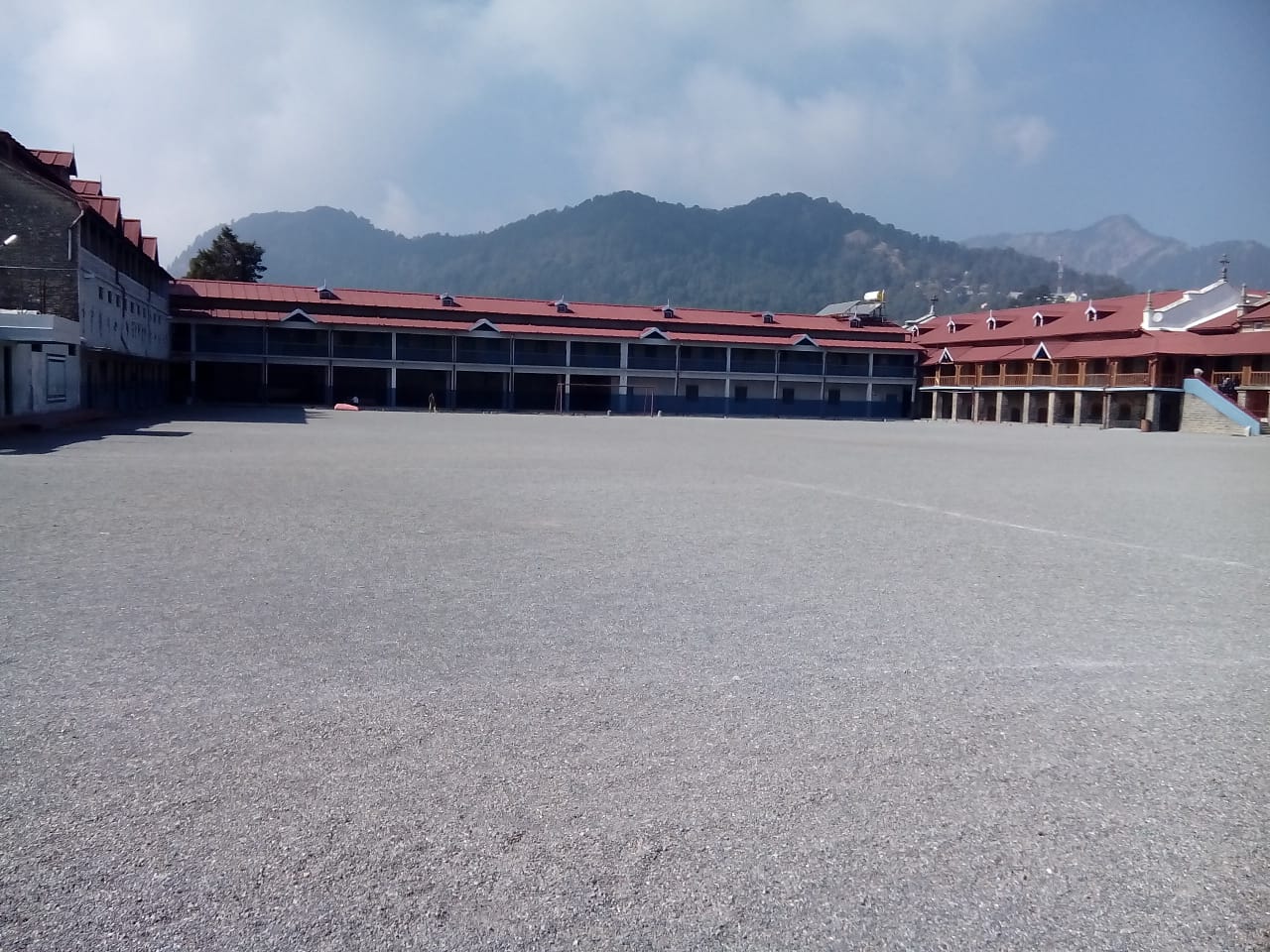 A culture or tradition is something that takes shape when the same routine is followed for years and it becomes a part of life, very similar to the football culture in SEM. As a semite the first thing I learned even before speaking fluent English was to play football with my classmates with a rolled-up aluminum sheet ball. The objective of eating up the lunch was not to feed our hungry stomach but to collect all the possible sheets to make the ball. With time we all grew up and by the time we reached Class 3, our goal was to be part of the school’s Mini’s team and a year or two later to be part of Juveniles team.

The trials and the practice sessions after games time, the stamina routine set by Mr. Dhaila was no different for teams you had to be fit and determined. The playing years seemed less and with growing height the fear of being ruled out due to being over height, the long walk with the team alongside Mr. Amit Dhaila or the Captains accompanying us to the flats for the matches. Wearing the jersey of SJC was pride in itself and boasting about the matches to your friends was one such moment where it felt special. Nandu Bhaiya was one person who was always there from providing the footballs to carrying refreshments, he was that one loyal fan of the sport whom none can forget.

Football is not just a game in SEM its a way of life, its part of the routine, and almost every student wants to be part of that life. The students were active enough to use almost every break to their best advantage and play as much as they can. The day started with an early morning futta session of 10 minutes, the team scoring the 1st goal would win but it mostly ended in draws. The second session started with the end of the 2nd period after which we had a 10-minute break commonly known as 10:10 break. The rules were very simple the team remained the same to save the time, self pass allowed made the game super fast mainly played in the quadrangle or undercroft. The game ended with the end of the break and no goals would count after the bell, the classes continued with a few sweaty lads in the class.

The classes continued until 11:55, by then a few students had already prepared a team for the grand match with the other section, a daily struggle for pride as to who is the better side. For the students, the academics never decided who the better Section was neither did the opinions of the teachers did, it was this lunchtime football matches that decided who the better side was. The best part was that the losers would not only lose the pride but would also pay for the patty-butter-sauce at the Kekkey’s. These lunch break matches were never as easy-going since there was this one football field which was used by almost every student in the school, making it hard at times to even find your squad at times.

There were a few pro tips that would help you win most games the first was the longest thrower and the best fielder is your goalkeeper, the best shooter your strikers, and the hefty big fellas as your defenders. Once the game started it was a no hold barred match with no referee to regulate the game most of the games led to a quarrel and some even ended up in fights why would it not it was a matter of pride. The school uniforms and shoes were no more the same by the end of the match, the grey pants were no more clean enough to enter the class nor were the shoes black anymore, the only thing intact and upheld were the winner’s prize and the looser’s empty pockets.

Back to the classes as the lunch break comes to an end after an hour, the tired lads back in the class sweating and breathing heavily with a look like hooligans as the teachers preferred to say. The thoughts were still in the game remembering the best moments of the game and how the game could have changed, by the time we were normal it was time for another round of battle this time the 2:10 break to settle the score within the group itself. The same rules from the 10:10 break but in case of a draw 3 penalties each, since draws were not accepted at any cost, more shooting and less passing was the strategy since the body felt fatigued with the ball being kicked as if it’s not needed anymore. This was the routine of the futta session during the school hours, it continued till late in the evening for the real football hours.

After all these small sessions of futta it was now time for the real football, a battle among four houses in six different divisions on six different football grounds for a place in the college review as Football Winners. It was not as easy as it sounded every match mattered from the kids in class three to the boys in class 12, the students were divided as per their age groups. The games time started with rounds for every student from class three to class 12, followed by warm-up exercises and a few stretches. The students were dispersed to reach their respective grounds, many students were cunning enough to bunk the rounds and never got caught doing so. With the sheer quality of players in every team, there always was this one team that would have 4-5 School team players making them the strongest side, however, ironically the strongest teams often fell short of the title may be due to the pressure. The best example being the 2014 Gandhi House squad having half the squad consisting of College team players and yet failed to win the title that year.

The months from May-July were the most hectic schedule for the footballers as these months had several trials for different age groups for different tournaments in the town. The pressure was such that the players started diet control having minimum junk food and carbonated drinks were a total taboo as it may hinder with the endurance and stamina. Being part of the school team was an achievement, happiness that cannot be compared to anything else not even with an accepted proposal by your crush. Being part of a Football team is always special being able to represent your school, being able to express yourselves with all the enthusiasm to prove your worth, it has helped many students in past to deal with pressure and failures.

The experience of playing in front of your whole school cheering for you, with your parents along the sidelines and your special friend who came all the way to the field just to watch you play are some of the most common ones that every player experienced. The experience of winning a tournament at Mallital Flats is one the best and I must say once in a lifetime experience when the whole school along with the trophy marches all the way from the Mall Road to the school cheering and carrying the winners on the shoulders is an experience that can not be forgotten easily. It doesn’t matter whether you played for the college team or not what matters is that you always were involved in the whole picture and experienced it in the best way possible.

Thanks for being part of the amazing footballing culture at ST. JOSEPH’S COLLEGE, NAINITAL you all will be remembered and cherished.