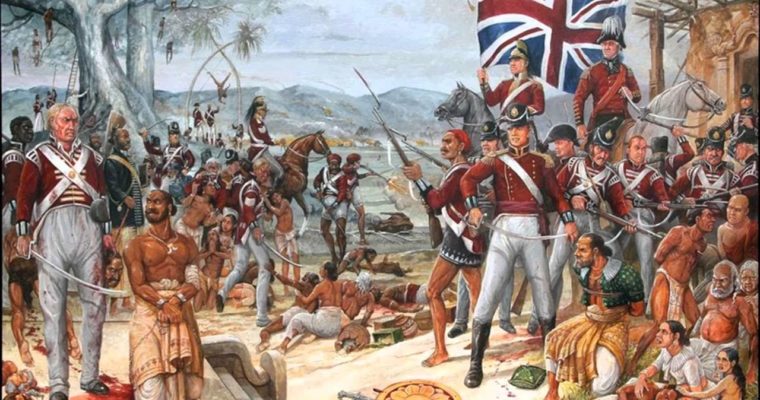 It was said that the ‘Sun of England or Britain never sets’ but now we can see how it has turned around. The British colonized not only India at a time but nearly the whole existed world. They were brutal, esoteric, and clever enough to let all the people befooled and burdened. In India, which was not entirely an India then as the India was dividend of many states. The British captured with the market of economy and slowly crawled their paths into the administration and then to the regime. However, many historians try to give credit to British as they progressed even though it was solely for them only but this Oriental response will be baseless as we see the rich heritage and culture of society. We also learned from British too, the phenomenon of rotten societal cultures was redone by the aspect of vilification of Indian Culture. But the question lies is how such a small country controlled the group of states comprising 200 Million of population that time.

It started with their economical aspect. Historians state that India during the Mughals comprised the largest wealth of nearly 16% of world. It’s a shame though that how the internal conflicts between the Mughal Dynasty led it’s own constriction.
Firstly with the victory in Battle of Plassey, it marked itself on the Indian Administration. Siraj-ud-Daulah the then Governor of Bengal was betrayed by his confidant Mir Jafar.

With this the East India Company which came just to have the economic influx but as we have mentioned that they were the clever people they took the opportunity of the sheer jealousy between the confidants and used ‘Divide and Rule’ policy. Then they ruled over the Awadh, the Carnatic and small other states of India. They used high technological equipment and with the world renounced Navy they were too strong in front of divergent, fragile statesmanship on India.

The very central foundation of Mughals was in a state of question as after Aurangzeb, the rulers were in the plight of devastation. The British used their so called ‘White Man’s Burden’ in order to have an emotional and psychological control over the masses. According to this, they said that since they are white they had a moral burden to develop all the people of other cultures and races.
Their so called claims were up turned with the foundation of Harrapan Civilization which further asked their credibility and led to the increase in the volume of National Movements.
The Doctrine of Lapse also raised questions in the essence of British rule.

In 1857, we witnessed the Sepoy mutiny, but calling it a sepoy mutiny would be demeaning the efforts of our forefathers who fought and died. The first revolution in terms of Independence turned the rule from the Company to the Crown itself. Hence defined the strong one country with it’s several territories.

The First World War turned not so good for Indians as the British promised many things but didn’t came to the word with the masses when they won. Hence with the many outcomes, one major was that the people becoming more and more educated and asking the questions in lieu of righteousness.

The major conclusion that could be drawn is the INDIA is INDIA because of British which could be a far fetched thing to say but if we give a benefit of doubt to Orientalists, then yes!
Also, the disproportioned political climate, the Doctrine of lapse, the psychological control and then the major equipment used and especially the shrewd policy of ‘Divide and Rule’ resulted in the conquest of India.