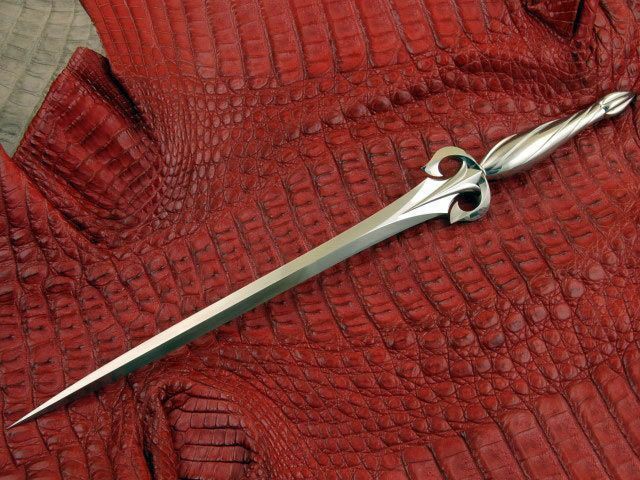 “Are you sure it is safe here?” Mr. Craig asked sweating all over in a fully air-conditioned room. “It most certainly is sir. You don’t need to worry one bit. We have enough men to take out an entire battalion of Marines, plus, since this is our turf, we have an additional advantage” said Josh, the secretary of Mr. Craig. “Advantage my ass! That goddamned assassin is on my tail and you blew away the location to this not-a-secret-anymore hideout! How am I supposed to not worry! He has slain every target he has laid eyes on, and any amount of security made no difference to him.” Mr. Craig yelled at the top of his lungs. “I am aware of his reputation sir,” Josh tried to sound as calm as possible, “but every warrior has an Achilles’ heel, and every juggernaut comes to a halt after some time. His crusade will end tonight.” Josh said as his body was filled with both a chilling sensation of fear and a warm sense of confidence. “But he is no ordinary man. I’ve heard that you die the moment you see him,” said Craig in a feeble voice. “How is that possible? Anyway, this place is currently more secure than the White Hou…” Josh was cut in between by the sudden opening of the door of the room with a loud bang.

Josh was quick to react though and shot three bullets with his revolver at the man who kicked the door open, he wanted to pour all six bullets in his flesh, but couldn’t shoot more than three. The trigger of the gun just seemed too hard to pull. He was bewildered. His knees buckled and he dropped to the ground, that’s when he noticed that a knife was sticking out of his chest. He saw his assailant walk towards him, his face void of any expression. He was horrorstruck to see the bullet wounds on his arm and chest heal as the knife glowed and drained the life out of him. All of this happened so fast, Craig couldn’t move a muscle. He was so scared he couldn’t have done anything even if the whole thing lasted for five minutes. “I don’t think I can buy you with money or anything,” Craig started, “what do you have to say if I stop all of my illegal work and donate over half of my estate to charity?” He was stabbed in the stomach as a reply by the Assassin. Craig hadn’t expected anything else, “ I saw you use your magic,” Craig said with difficulty, he was finding it difficult even to breathe, he himself was surprised at how he was managing to speak, “you think you’re a Messiah, a holy sword of Justice, but you’re not!” another dagger plunged into his chest, he suppressed a scream, he didn’t wish to entertain his killer anymore, “moreover, each time you use your magic, you absorb the blood of demons like me, so you are more demonic than any demon you’ve ever slain” That comment seriously pissed the Assassin off. He marched towards him to deal the finishing blow when Craig screamed his last words, “your magic can only kill, it can never bring you or anybody any happiness!” and he fell to the ground and lied there motionless.

Kane had been using his abilities to cleanse the society of evil men like Craig for a while now, but none of his executions ever put him into thinking. He ran Craig’s words in his head once again, “your magic can only kill, it can never bring you or anybody happiness!” it was the truth, or was it one of the truths? Kane was brought back to the world from his trance by his daughter who ran to him and hugged him. “Welcome back Papa!” she screamed joyfully. Kane was taken aback and hugged his daughter back and said, “Good Morning Joelynn, why are you awake so early? It’s 5 AM and your school doesn’t start before 9.” Kane said stroking her back. “Because I had to make breakfast for my workaholic mess of a father, that’s why.” She said and Kane was about to say something when Joelynn said, “No! No more cornflakes for you. You need to have proper food or it’s no use straining yourself at work.” Kane said nothing and kissed his daughter on the cheek.

“Reporting Live from St. Peter’s High School, the school has been hijacked by a mob. The suspects are ruffians formerly working under Vincent Craig and they seem to have taken things in their own hands after their boss’ murder by the Vigilante. Kane was already on the move, “Damn it! Of all the schools, why do you have to go for the one where Joelynn is?” He drove as fast as possible and quickly reached the place. He had been to the school many times and thus knew about all shortcuts. He combed the whole place and with his daggers and didn’t leave a single criminal alive and searched everywhere for Joelynn and the gang leader. He found them both in the same room. She and two of her friends were held at gunpoint. The leader barked looking at Joelynn, “you have guts for a little girl, I’ll give you that. But nobody has ever managed to get away with hurting me.

Kane was too caught up into seeing his daughter being held at gunpoint. He was detected by the leader. “Look who we have here! Judging by all those knives you have, I guess you are the Vigilante.” The gang leader smirked, “you move a muscle and I’ll blow us all up.” The gang leader said pointing at the bomb tied on his waist. “Today is my lucky day, I get to kill the man who killed my…” Kane had no time to play games. He noticed that the gang leader was standing in front of a window, it was all he needed. Kane dashed forward with lightning speed and drove himself into the gang leader and jumped out the window. The gang leader pulled the trigger of his gun and the bullet hit Joelynn on her chest. The gang leader pulled the string of the bomb simultaneously with Kane driving his dagger into him. Kane didn’t die of the explosion because of his lifestyle ability, but he was severely injured. He dragged himself with all his strength back to the room where Joelynn was. He found her bleeding on the floor, her friends sitting beside her in tears. Kane asked the girls to quickly go out and ask for help and ensured them that all the bad guys had been dealt with.

Kane went to Joelynn and she looked at him and said, “Papa!” Kane’s mask was gone, but he didn’t care to hide his identity anymore. He was going to die soon anyway. He handed a knife to Joelynn and said, “Don’t worry Angel, everything is alright. Papa is here,” he hugged her, “just prick Papa a little bit with that knife and everything will be alright.” Joelynn was confused but didn’t argue with her father. Kane felt his energy being drained out of him as he saw Joelynn’s wound healing and he smiled looking up at the ceiling, “you were wrong Craig, my magic can do more than just kill.”

Kane was surprised to wake up in a hospital bed. He found Joelynn sitting next to him, he was about to ask her how all this happened, when she spoke, “No need to be so confused Papa, I’m your daughter, of course, I know how to use magic too. Did you seriously think you took out all those criminals on your own?” Kane still couldn’t absorb all the information. He had tears in his eyes. “No more discussions now! So, who wants pizza?”