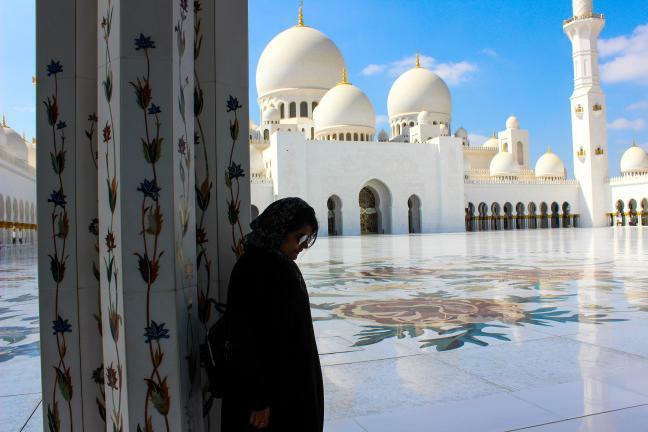 Rising majestically from manicured gardens and visible from the bridges joining Abu Dhabi Island to the mainland, the Sheikh Zayed Grand Mosque is an epitome of grandeur and magnificence.

Situated in Abu Dhabi, the capital of the United Arab Emirates, the mosque with its beautiful patterned walls, gold plated chandeliers, and the world’s largest loomed carpet is one of the most imposing structures in the Arabian nations of UAE.

This architectural beauty took over 12 years in its completion and is known as the ‘White Pearl of the Gulf’. With a capacity of 41,000 worshippers, the mosque is the third-largest in the world.

The late Sheikh Zayed Bin Sultan Al Nahyan built this mosque to convey historic consequence and to embody the Islamic message of peace, tolerance and diversity.

He intended that the Grand Mosque be a living reference to modern Islamic architecture that links the past with the present and creates a place of Islamic science and learning that would reflect genuine Islamic values.

Marking as his final resting place, the mosque is one of the few in the region open to non-Muslims and is the only one that captures unique interactions between Islam and world cultures. 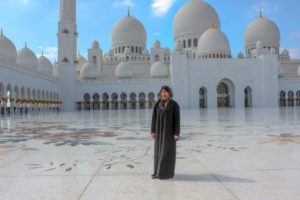 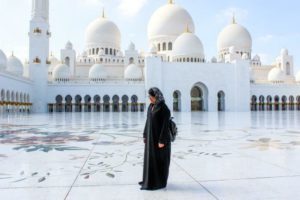 While it includes references to Mamluk, Ottoman, Fatimid, Moorish and Indo-Islamic styles, the overwhelming impression is contemporary and innovative. One of the prayer hall’s most impressive features is the world’s largest loomed carpet fashioned from Iranian cotton and New Zealand wool and flown in from Mashad and Iran.

The medallion design with elaborate arabesque motifs took 1200 craftspeople and around two years to complete that translates as 2.268 billion knots knitted by hands with a woolen thread on a cotton base.

The open-door policy invites tourists and celebrants from all around the world who can witness the spectacular onion-top domes, the reflective pools that engulf the courtyard and the iconic prayer hall.

The hollow of the domes are etched with verses from the Quran and painted with gold leaves in An-Naskh lettering. The mosque can be visited at any time of the year. If we talk of the best time during the day, then the evenings are exemplary as the mosque looks spectacular against the beautiful sunset views.

If you’re in Abu Dhabi, without any doubt you should visit this grand and immensely beautiful structure.