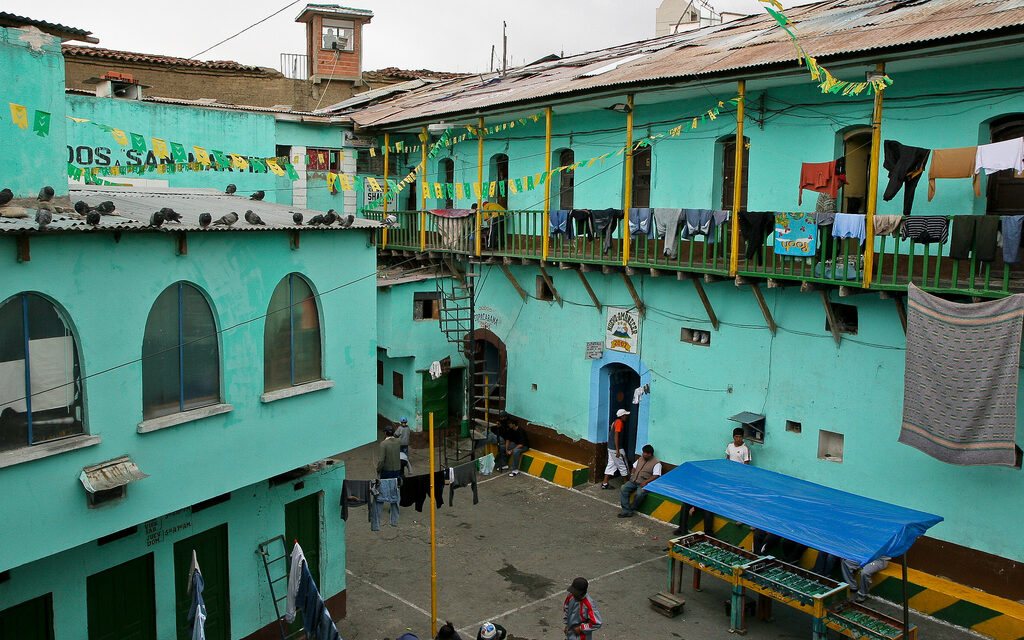 With every kind of strange thing around the world, we have in the centre of La Paz the strangest and most notorious prison named San Pedro Prison. The prison seems as normal as any prison in the world with an area where the whole craziness starts once you cross the entrance of the prison, it seems like a normal Bolivian street scene where you see people roaming, cooking, children’s laughing and playing you cannot see a sight of guards nor policemen.

One of the most infamous jails it has everything a normal city would have in its area from restaurants, churches, market stalls also a lot of market areas, a gym and also sports field and classrooms, it has everything but doesn’t for once resemble a prison. San Pedro got its first fame during the year 2003 when Australian Law graduate Rusty young released a novel named Marching Powder: A true story of Friendship, Cocaine and South America’s Strangest jail, the book made its readers realize and understand the lawlessness and corruption inside a prison.

It is a prison that is completely self run without any guards or rules to be followed, Bolivia being one of the poorest countries of South America the San Pedro prison had the capacity to hold 250 inmates but now it has around 3000 men who are prisoners and families who are running there own place with rules, political rules, and also an economy of its own. San Pedro is more like a hotel than a prison where new inmates can buy their cells according to the mentioned price in US dollars, there are sections separated and all cells differ from each other they have also sectioned the cells from five- star to the lowest one-star where people are crammed together.

The society inside the prison is also divided into sections depending upon the wealth of the inmate the wealthiest inmate can also renovate his cell according to his will making it more comfortable and spacious for himself with jacuzzis and wifi. With inmates who are mostly for the offend of cocaine also sell and organize parties, the families of the inmates with children and wives also live together in the same cell. Most prisoners inside the cell treat women and children with great respect as it’s a community of its own with a political system and economy of its own they believe to respect the children of their community.

Bolivia being the third-largest cocaine producer most of its prisoners are in for drug offence, smuggling, manufacturing, once they get inside the cells it gets easier for them to make contacts and trade as it’s cheaper and purer inside the prison. As much decency they seem to keep it a place full of cocaine addicts making them more unpredictable and dangerous to be with, there was due to the same reason a campaign Don’t imprison my childhood to remove the children from the prison but the prisoners revolted and the children’s stayed back.

In the year 2013, there was shocking news of a 12-year-old girl getting pregnant after being raped by her own father and uncle for years, the prison minister promised to close the San Pedro prison but it’s been years and it’s still at the same place working the same way it uses to. It’s a place that has disgusted the public and the hope and thought of it ever being a better place has been removed from people’s minds. Tourists while taking a tour of the plaza stop to take selfies in the main gates of the prison and many a time a few with the help of corrupt guards gets to visit or stay in the prison.

“Start writing, no matter what. The water does not flow until the faucet is turned on.” - Louis L’Amour 21| LAW STUDENT| WRITER| 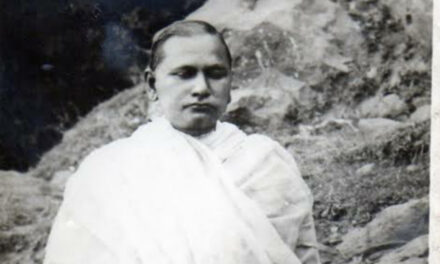 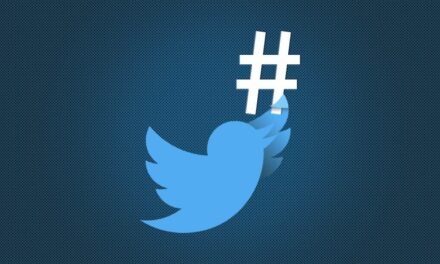 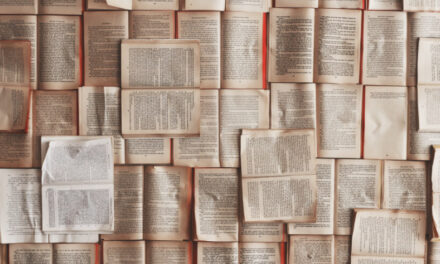 Literature and its influence on society 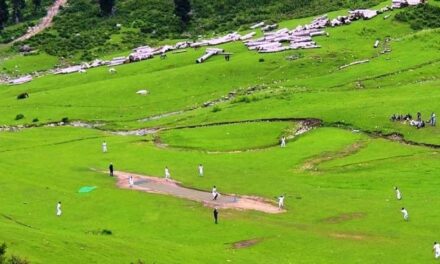 The craze for cricket in Kashmir