Jurassic Park imagined a future in which it was possible to bring dinosaurs back to life. Now, that fiction may become reality as geneticists seek to resurrect the woolly mammoth. 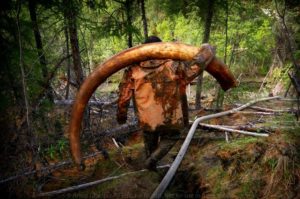 ABOUT THE WOOLLY MAMMOTH

Scientists have these genetic tools, specifically CRISPR, which is a revolution in the science of genetic engineering. It allows us to place individual genes that code for specific characteristics into the genome of living creatures.

That’s what’s happening in the Woolly Mammoth Project. It used to be that we were reading DNA. Now we are at the point where we can write it. The world we live in is going to be a different place in 30 years because of what’s going on in laboratories now. People talk about different kinds of technology, such as the Internet, artificial intelligence, or robotics. But I believe this is all going to be dwarfed by what’s going on in biology. Once you can re-make genes, build the building blocks of life, there’s no telling what you can do.

The big question is, why make a woolly mammoth?

The answer happens to be in Russia. The Siberian plains, or steppes, are these vast tracts of land made up of permafrost, which have lost a lot of their animal populations. It didn’t used to be like that. And the problem is, the tundra is this ticking time bomb. Trapped within the permafrost is more carbon than if we burned all the forests on Earth three times. And as the world warms, we’re getting closer and closer to the point where the permafrost melts and this time bomb will go off. 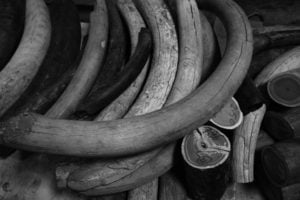 when a Korean-Russian team found a frozen mammoth with blood still in its veins.

The Korean company Sooam Biotech was founded by a scientist who was disgraced for falsely claiming that he had cloned human cells. He reinvented himself by creating this company that clones dogs. He is also attempting to bring back the woolly mammoth. Their goal is to get a piece of mammoth material in good enough condition to clone. Other scientists believe that’s not possible. 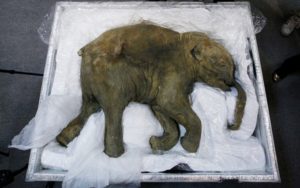 But, supposedly, a Russian team they’re working with found a woolly mammoth half-submerged in ice that had flash-frozen and was in such good condition that when they pulled it up, there was liquid blood.

If this mammoth is in such amazing condition that there’s liquid blood, maybe you could clone this material and build a mammoth.