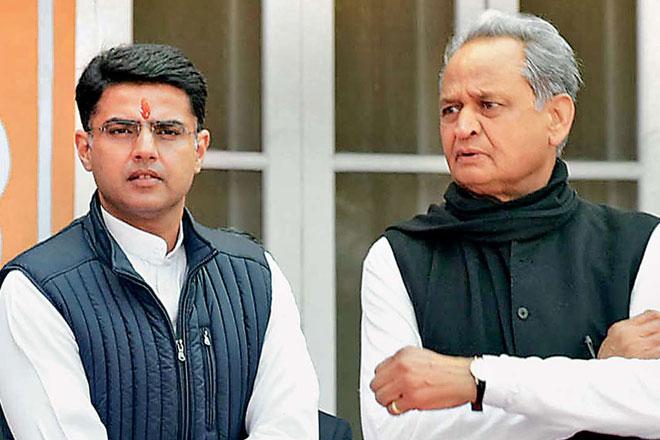 There may seem stability externally but internally politics needs to reinvent itself along with its instruments.

From the very time when power was believed to be best protected by old guards, the new camp of young Turks which in turn is a majority of entitled generation publically contesting for positions in the name of legacy grew weary of this old balancing of the power equation, where the experience of the old is best bolstered with young energy.

Ever since, Pilot led congress from a contracting political oblivion of 21 seats to 100 plus mark in the assembly elections as putting his blood, tears, toil, sweat as some of his supporters or admirers believe, he was after the power of ‘exercising the supremacy of giving the final nod‘ ( CM what he thought of becoming).

But some loyalists to the high command still exercise the confidence of no rebellion & no threat to overshadow the leadership as long as they are served with positions of public space.

Karnataka was a different story, where the most opulent gifts were offered in return of sole authority over the state, in MP a charismatic congressman who was into the league where many bestowed their hopes grew ambitious as the party was striving to become talent averse or worried over the sanctity of high command fading away in the shimmering glory of this hope, however in Rajasthan, the narrator has the same side of story to tell but the setting from where the story starts & evolves is a bit uncanny.

The epiphany of today’s congress is somewhere dwindled between the unforgettable past of a party which gave a clamoring call for freedom with promises of equality& better times, to the present which talks of past & petulant in its approach toward future as is conspicuous after the brutal debacle in two consecutive Lok Sabha elections, the party doesn’t seem to be looking forward with a plan of action than the image building of their trusted star.

Tenth schedule has served occasionally as per the circumstances, now to keep Pilot & his loyalists away from doing anything that is a threat to Gehlot govt, they are on the brink of getting defected for anti party stand.

Chhatisgarh isn’t a safe haven either, it seems if other leaders are to participate in this Thucydides trap. Lessons must be drawn from these instances not for congress merely but all other instruments of politics too. Idea forms the basis to bring likeminded people together into an organized setting, sometimes for a greater cause people from different ideologies come together& wish to serve in their capacities to achieve what was intended, sometimes plans are changed to achieve that goal as the congress has seen bifurcations from extreme socialists to not so socialists.

First lesson is , ideology matters to a greater extent but it must be unambiguous , must be clear & vibrant from top to bottom, not the shifts in being secular where minorities are concerned to a soft communal stance to win the trust of the majority are desirable .

Second, results matter not because they tell you that you have come out triumphed but because they determine the trajectory you are likely to go through, when you do something good or just do for any sake, the thought of its output crosses your mind, we think after all.

So if someone has contributed to something substantial & it wouldn’t have turned out this way had the person not worked well, then the person must be rewarded for the results.

As a leader this will boost the trust of the worker in you and he would think of staying loyal, because his toil is a
reflection of serving the opportunity, his results speak for why he was trusted and his ambitions are nurtured with his achievements. This worked for BJP, Mr. Advani was their old guard from the very inception of their party but he didn’t deliver results, Modi won Gujrat for 15 years was made the prime ministerial candidate, rest is history.

Before disaster’s coming, some signs are there to tell you that something isn’t right. Those who understand the problems well can seek out solutions, but if you know problems and ill prioritize them to first rectify the least aberration, the bigger ones will choke you first. So if this isn’t high time for politics to go beyond ideologies and begin with strengthening integrity, then don’t know when it will be.

This reinvention should come from internally; earlier freedom was the goal which united masses, now is the time when this constitutional freedom needs to be guarded. In these critical situations either empires get blown into the wind or a way is paved for a newer one.

Hope politics finds its lost cause. After all “The single rain drop doesn’t feel responsible for the flood “,Doglas Adams
might have said this in some other context but is relevant for today’s time too.