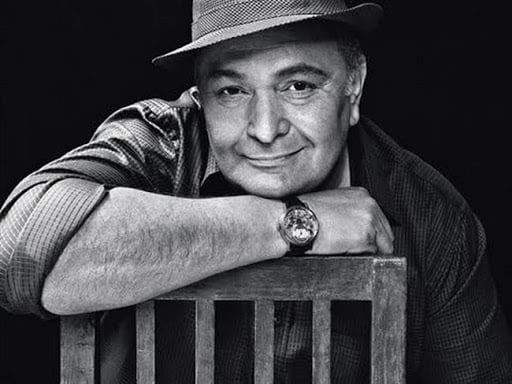 He was in front of the camera as soon as he gained his senses. Acting was in his DNA. The gem of the third generation of Kapoor family, veteran actor Rishi Kapoor, passed away on 30th April 2020. Grandson of theatre pioneer Prithviraj Kapoor, son of Raj Kapoor, nephew of Shammi and Shashi Kapoor; Rishi Kapoor would have not been able to stay away from the lights, camera, action, even if he wanted to. Having a career of about 50 years, the actor starred in about 140 films.
Rishi Kapoor a.k.a. Chintu was born on September 4, 1952 in Mumbai, the second of three brothers and two sisters. His first appearance in front of the camera was in the iconical song of his father’s film,” Pyaar Hua, Ikraar Hua”.Some years later, he played the younger version of his father’s Raju the clown character in 1970’s ‘Mera Naam Joker’, for which he won the National Award for Best Child Artist.

He always had a lover boy image in Bollywood, which began with his lead role in Raj Kapoor’s ‘Bobby’ in 1971 for which he won the Filmfare best actor award. After that he did a lot of films with solo leads, out of which only 11 were hits and 40 of were a flop. He also starred with his then future wife, Neetu Singh, whom he met on the sets of Zehreela Insaan, in about 12 films like Khel Khel Mein, Kabhie Kabhie, Pati Patni Aur Woh and Duniya meri Jeb Mein. 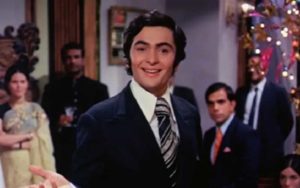 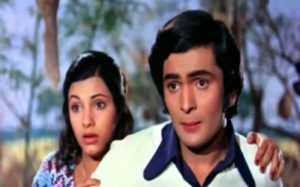 In 2000, he did his last romantic lead in the film ‘Karobaar: The Business of love.’ In 2010, Kapoor paired with Neetu Kapoor in the film ‘Do Dooni Chaar’. He also acted in the film Chintu Ji where he plays himself.  Breaking his romantic hero image, Rishi Kapoor played the villain in 2012 in Agneepath. Some of his last movies were -In 2018, ‘102 Not Out’ alongside with Amitabh Bachchan after 27 years. In 2019, Rishi Kapoor was seen in two films– Jhoota Kahin Ka and The Body. Kapoor launched his biography called Khullam Khulla in 2017. The actor has entertained audiences for the last 50 years.

Chintu, known for his wit and blatant remarks about almost everything, was also famous for his love for food and drinks. He could make anyone laugh. ‘Even in his last moments, he kept everyone entertained with his humor’, his family says.

The actor was diagnosed with leukemia in 2018. He, along with his wife flew to New York for treatment in September that year.  After spending one year in the Big Apple, the couple returned to Mumbai in 2019. He was admitted to H. N. Reliance Hospital, Mumbai on 29 April 2020 after he complained of having problems in breathing. He passed away on 30 April 2020 at 5:20 AM.

Today, the actor may be no more, but his characteristic wit and candor will remain etched in our minds. He’ll live through his work and his journey from a chocolate boy to a villain will be always with us.

Posted by Saumya Sharma
Follow:
Hi, I am a 22 year old med student pursuing my MBBS from Himachal. Writing is something that I have always loved and to be honest I am a jack of many trades. I like writing and reading fiction more than anything. Other than that non fiction, documentaries, movies, music are the things that I am into. I believe that if I can feel it, I'll be able to write it.
3 Comments 3 Comments