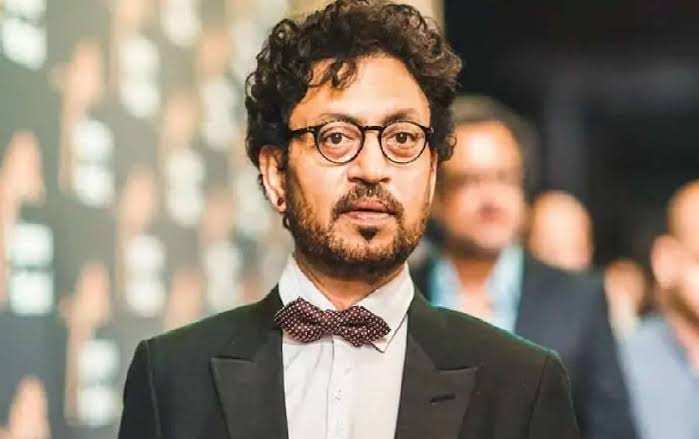 “The only thing I have a grudge against him is; he has spoiled me for life.”
The above statement was given by the wife of the late actor, Irrfan Khan on Sunday in his eulogy.
Sahebzaade Irrfan Ali Khan, aged 54, left us all on 29th April, 2020 by succumbing to intestinal infection after a long war with cancer.

“His struggle for perfection doesn’t let me settle for any ordinary thing.” His wife further wrote.
Well, he spoiled all of us. Without him the cinema won’t ever be the same. We’ll strive for perfection but there will never be another Irrfan Khan.
Born as Saahabzaade Irfan Ali Khan in Jaipur in 1966, the son of a tire seller, he went to drama school after failing as a cricketer.
He started his acting career in the role of a letter-writer in Mira Nair’s 1988 film, Salaam Bombay. He struggled after his first role and managed to find regular work only in low-grade TV soap operas. He later went on to act in a number of TV serials including Bharat Ek Khoj, Chandrakanta, Chanakya, Darr, and Bhavnagar.
However, Irrfan’s worldwide recognition came after he was casted in- then-unknown British director Asif Kapadia’s low budget movie – “The warrior” in 2001. The movie won the Bafta award for the best British film.
Later, in 2003 he appeared in a short film- Road to Ladakh, which got many positive reviews. ‘Maqbool’ by Vishal Bharadwaj was also released in the same year in which Khan starred as a villain. He even went on to win an award in ‘the best villain’ category in the year 2004 for his film Haasil (2003). His first lead role was in the year 2005 in the movie ‘Rog’ which failed at the box office but his performance was highly appreciated. Other than Bollywood, the man also maintained a parallel career in British-American cinema: he played the chief of police in Michael Winterbottom’s A Mighty Heart, and another police officer in Slumdog Millionaire, which won eight Oscars.

He impressed the audience with another powerful performance in the movie Namesake (2006), Life in a ….. Metro (2007).He also got roles in big-budget Hollywood films like – Amazing Spider-Man in 2012, Jurassic World (2015), and Inferno (2016). In 2012, he also played the adult version of the lead character in another Oscar-winner: Life of Pi, directed by Ang Lee.
Irrfan had his own views regarding Bollywood being called “Bollywood”. “I always object to the word Bollywood,” he said in an interview in 2013. “I don’t think it’s fair to have that name. Because that industry has its own technique, its own way of making films that has nothing to do with aping Hollywood. It originates in Parsi theatre.” His dedication to Bollywood was impeccable. In 2013, Irrfan starred in another award-winning movie, The lunchbox. Then, in 2014, Irrfan was part of the movies Gunday (2014) and Haider, which were massive hits both commercially and critically. In 2015, he starred alongside Amitabh Bachchan and Deepika Padukone in the much-acclaimed movie Piku. The movie, directed by Shoojit Sircar was a big hit at the box office and went to win several awards.

The actor subsequently appeared in two light-hearted comedies: Hindi Medium (2017) and Qarib Qarib Single (2017), both of which opened to positive reviews and fared well at the box office. The acting career of the beloved actor came to an end with his last movie, ‘Angrezi medium’.The film ended up being the end of the 30-year long work that had begun in 1988 with ‘Salaam Bombay.’
No one could be as versatile as him. He did all kinds of characters, from villains to comedians to romantic heroes. People have been saying that his death feels like a personal loss, and it surely does. This is because watching him felt like he was one of us. After his diagnosis with the Neuroendocrine tumor in 2018, it had been a long battle against cancer. He tweeted: “Sometimes you wake up with a jolt with life-shaking you up. In the last fifteen days, my life has been a suspense story. Little had I known that my search for rare stories would make me find a rare disease.” The actor left for surgery and treatment in London in 2018. After undergoing treatment there, Irrfan Khan returned to Mumbai briefly in April 2019.
He fought with the ‘unwanted guests’ in his body, but he lost in the end.

“I suppose in the end, the whole of life becomes an act of letting go, but what always hurts the most is not taking a moment to say goodbye.”
His farewell hints were for us in his last video message. He did bid us farewell.

He is not with us today, but he is with us. Through is work, he’ll always be with us.
We’ll keep on watching that witty grin and those hooded eyes and keep loving him.

Goodbye Irrfan. We didn’t lose you.
We gained everything.