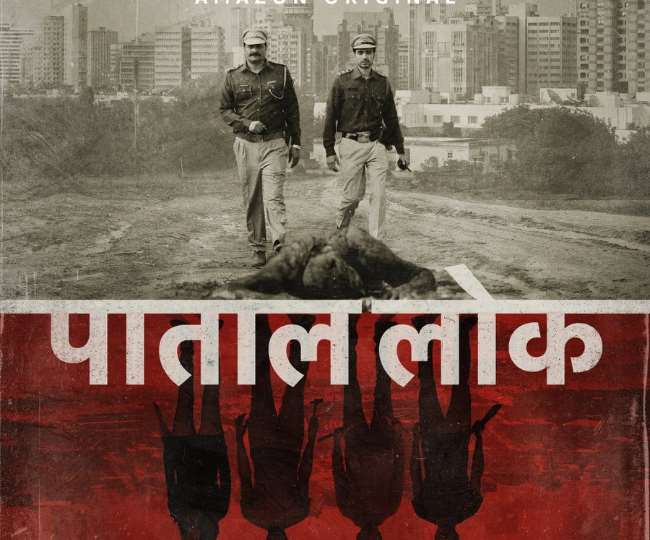 Soon after the show has created a buzz, many critics came over and accused the producers of the show for; racial stereotyping; demeaning, derogating, and insulting the particular communities of Nepalis and Transgenders. The show also caught the controversy when a BJP MLA filed a complaint about misleading the image of him and his communities as frauds and their involvement in malafide acts i.e., Gurjar Community.

The show although it was not limited just to this, but showcases the concealed concepts of society of which we all are a part of. We all have witnessed racism, stereotyping and misleading languages in the streets for those who are considered to be as untouchables or in the language of the show; the insects of Patal-Lok. The show is not superfluous in its approach for the politicians and elites; or the elite members of Swarg Lok, but also depicts the plight of the destitute, oppressed, marginalized, and often even annihilated from the society even without anyone knowing it.
It makes us empathetic towards the humans of Patal-Lok (insects) used metaphorically for the dacoits, murderers, robbers, and kidnappers.

The show has three layers of Swarg Lok, Dharti Lok, and Patal Lok. The Swarg Lok has the highest authority of elite class and included Journalists, Executives, etc. who actually do not care about justice or injustice. Dharti Lok consists if a middle-class man who is just proving himself that he is not a faggot as he has seen himself as one in his father’s eyes throughout his life and in the other half of the life; he does not want his son to consider himself a faggot or a timid police Officer. The middle-class man unknowingly is making all the attempts to bring out the truth.

To make us connect to the show, various mythological metaphors are used in amalgamation with the subtle touch of reality which has apparently offended the real members of the Swarg Lok; two of them being the leader of Gorkha community and the other is the BJP MLA who beholds the power for the Gurjar community.
The racist remarks, derogatory remarks and the proclaimed false images of a community are not just to misrepresent the community of the nation, but is a voice yo tell the public about the perfidious nature of the oppressors and how they create a scapegoat for them to follow a false narrative and instill it inside the minds of the nation.

We all know all of these things and we’ve witnessed even worse. Racism, police prejudices, police brutality, and the attacks on the oppressed actually never went away. They were never annihilated nor they can ever be. The only difference is that these are the brutalities that have given power to the elites(Swarg Lok); so they have never wanted these things to pop up in the media or in any platform so that people could learn about it.
Now, when people finally can discern between the wrong and right, it becomes a threat to the legacy of the elites. Patal Lok is not some out of the box web series, but a deep reality of the abyss of hypocrisy, racism and the pedagogy of the oppressed.

By Prakhar Agnihotri
Follow:
Open to everything, attached to nothing. Stranger to some, familiar to none.
2 Comments 2 Comments