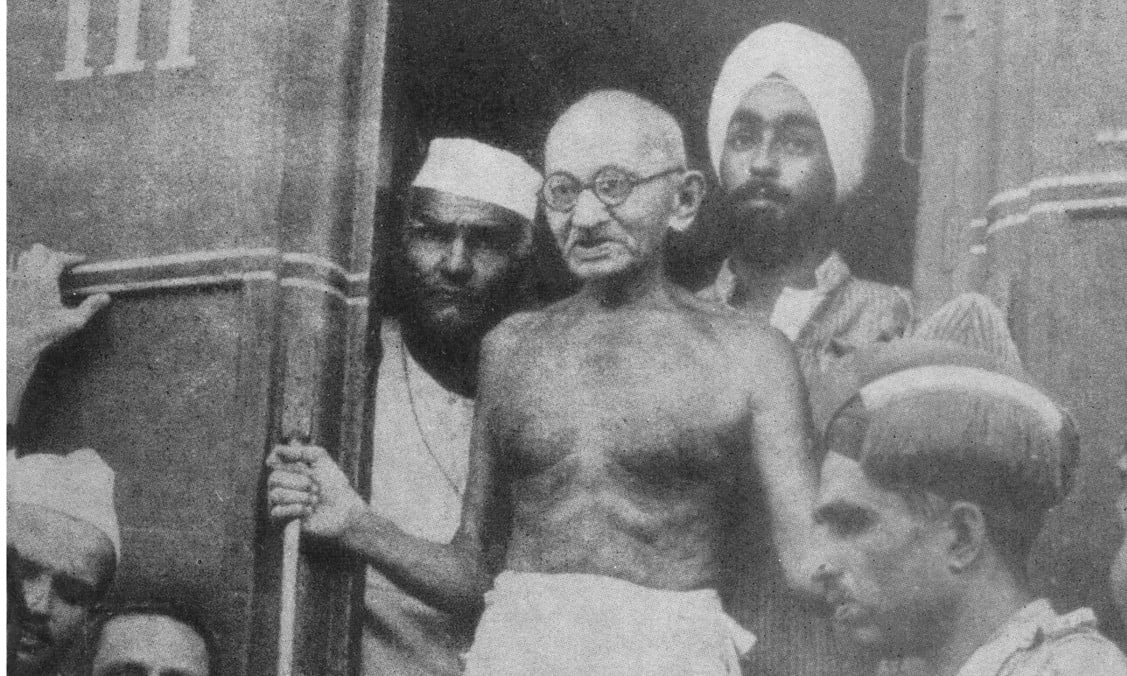 History is filled with unlikely heroes, and the child who was born on October 2, 1869, in India to a local politician and his fourth wife would rank among those who, it seemed, were destined to be ordinary. But in India, October 2 is now a holiday as the nation celebrates the birth of the man who led his country to freedom. Of course, not only was the birth of Mohandas Karamchand Gandhi unlikely to have been an indication of greatness but as India itself had been under British rule for centuries, the juxtaposition of that birth with Indian independence would have been inconceivable when he was born. Mohandas K. Gandhi, the Mahatma, the father of Indian independence, remains an enigma despite the fact that virtually everyone knows who he was. He grew up in a household with a politically active father and a religiously devout mother, but as a child, he displayed no particular brilliance. He went to school and gave no indication of academic promise. He studied law in England, did well, and returned to India where his law practice eventually failed.

When he accepted a job in South Africa, it was because he had no other prospects. But it was in South Africa that the politics and religion of his upbringing blended together to transform him into a charismatic leader who supported the oppressed and the downtrodden. It was, in fact, in South Africa where he learned that, although he considered himself a citizen of the British Empire, the colour of his skin meant that, to those in power, he was a second-class member of society. Refusing to accept this, Gandhi laboured for over 20 years to bring justice to the Indian community in South Africa.

And when he returned home, he did so as a political leader determined to fight for independence from Great Britain with the most unlikely weapon of all: nonviolence. Arrested and imprisoned numerous times, Gandhi was not defeated by the punishment that the authorities inflicted upon him because his lifestyle embraced asceticism and self-discipline. What could prison do to a man who fasted and prayed and was so committed to his beliefs that he would not strike out at his enemies, But for all of Gandhi’s successes, he did not get the united India that he wanted; the partitioning of the country into Hindu India and Muslim Pakistan was a grave disappointment to Gandhi, who treasured religious tolerance and diversity and wanted his nation to mirror the spiritual culture he sought.

After his assassination, others took up the banner of nonviolent protest that he employed, bringing freedom to the downtrodden and justice to the subjugated. Gandhi’s legacy has influenced countries and individuals far distant in time and geography from India. In 2009, American President Barack Obama, when asked to name the one person he would choose to dine with, named Mohandas Gandhi. “He’s somebody I find a lot of inspiration in. He inspired Dr. King with his message of nonviolence. He ended up doing so much and changed the world just by the power of his ethics.”