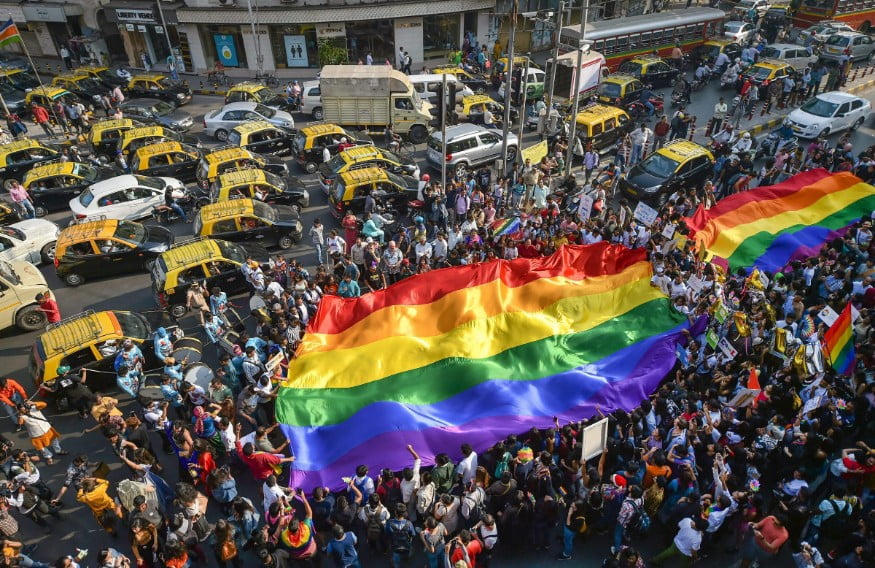 On 8 September 2018, the Supreme Court in a verdict declared article 377 unconstitutional, and many of us celebrated that day, but the questions are; Have people stopped discriminating us? Are people still feel disgrace and hate towards us?

The answer is yes, they do only the constitution accepted us not the society. Still many of us fear to come out publically or in our friends circle, We can’t just change this deep-rooted problem that easily.

Many of us saw our uncle or aunty behaviour towards LGBTQ community, how they treat them and at a very small age, they tell us don’t talk to them and maintain a distance why? Because they are different from us their gender is different. Imagine how much damage these things do at that age, so how these kids can accept us when they grow up and this has nothing to do with education I’ve seen many of my friends making fun of them who are well educated, but still there are people who accept us some days ago I met a friend through IG who was very supportive and she was very normal towards me, I rarely found someone like her again.

For acceptance, you have to first know how to respect them. But today we are talking about another very important issue “marriage in LGBTQ” marriage is an ancient culture in every society and apparently love and marriage are two sides of the same coin but recently A PIL filed in Delhi High Court seeks a declaration recognizing the right of same-sex couples to get married under the Hindu Marriage Act filed on behalf of activists and members of the LGBTQ community,

Abhijit Iyer Mitra, a member of LGBT community and a commentator on security and foreign policy, Gopi Shankar M, a Tamil Nadu-based intersex activist who contested the 2016 assembly elections, Giti Thandani, founder member of Sakhi Collective Journal of contemporary and historical lesbian life in India and G. Oorvasi, a transgender activist, are the petitioners later this case was moved to the Supreme Court.

Where very unacceptable statement was stated by Tushar Mehta (general solitary). Tushar Mehta argued that the Hindu marriage act is itself doesn’t recognise same-sex marriage, he said as per law marriage is only between a husband a and wife. He further opposed the petitioner by arguing that our culture doesn’t recognise same-sex marriage, these are the well-educated people saying these kinds of statements.

Later the petitioner was informed to file an application of same-sex marriage in a marriage registration office if their application is rejected by the office then they can challenge the decision until the court is dismissed.

There is same petition pending in Tamil HC, but this case was important because it makes us realise that we have a very long fight ahead of us, for our identity, for our place in society and to get accepted in our families and friends.

NORMALISE THIS, ABOVE ALL WE ARE HUMANS