Jigmet Namgial was born in Khalatse, a small village located in the high mountains of Union Territory of Ladakh, India. It has been a journey of almost 17 years with football. While he was winning trophies, both individual and for the team, he realized that his identity is because of football and people know him for nothing but football. He found that for all those year people knew him, loved him and respected him only because of football and certainly, he would have passed his youth days unknown and unnoticed without football in his life. So, when he finished his graduation, he attended a football D-Licence camp organised by Football Federation of India at Una, Himachal Pradesh. The camp introduced him to coaching and he started to guide colony kids at his university ground whenever he got chance. So, in 2020 because of Corona outbreak, everyone was home and that gave him an opportunity to introduce football into the lives of the kids of his village. For now, he doesn’t have any specific reason for teaching them and he just sees it as an effort from a true lover of football in spreading the love of football among the coming youth.

Here is Jigmet Namgial in a conversation with GOGO Magazine. 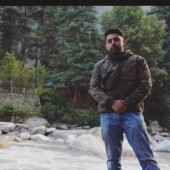 Erikson collapsed during a match in Euro Cup