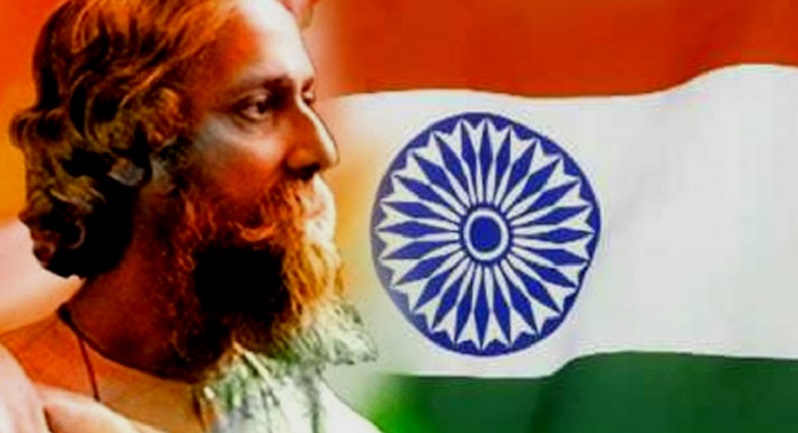 Fun fact about the National Anthem that you’ve been singing since your kindergarten- It had been debated since the time it was adopted i.e., since 1950. Why do you ask? Some people say that Tagore had penned the poem to welcome King George V who arrived in India the day the song was first sung i.e. December 27, 1911. However, Tagore himself refutes the theory. In a letter he wrote in 1937, he clarified that “Jana Gana Mana” was not composed for George V. Biswas’ essay quotes the following sentences from this letter:

“Neither the Fifth nor the Sixth nor any George could be the maker of human destiny through the ages.”

“I had hailed in the song Jana Gana Mana that Dispenser of India’s destiny who guides, through all rise and fall, the wayfarers, He who shows the people the way.”

The controversy surrounding the National Anthem has risen time and again and refuses to die. For instance, in 2015 Kalyan Singh, Governor of Rajasthan, and former Supreme Court judge Markandey Katju raised the issue again.

Historian Sabyasachi Bhattacharya, who has written a definitive book on Tagore, believes that this “myth about the song” needs to be “refuted and laid to rest”. Mr. Bhattacharya says to see George V as the “object of worship in place of ‘Dispenser of India’s destiny. ‘Thou King of all Kings’ was only absurd, but also sacrilegious to Tagore”.

Clearly, Tagore did not write the poem either for the British king or the Congress. “It was a hymn to his Maker, the guardian of the country’s destiny,” says Mr. Bhattacharya. Something which many appear to have willfully ignored or forgotten.