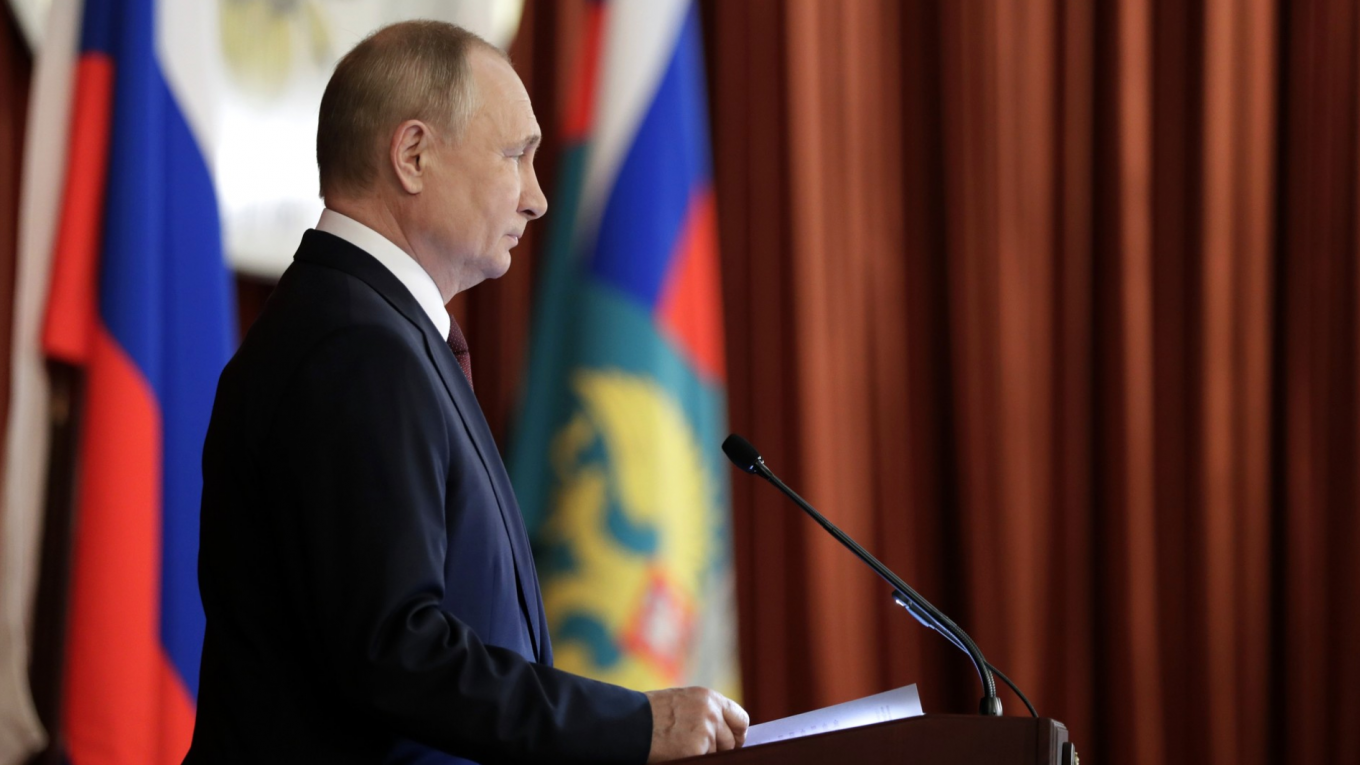 It was only seven years ago that Russia seized part of southern Ukraine and backed separatists who started a conflict in large areas of the east.

Contents
WHERE IS UKRAINE?IS THERE A REAL THREAT OF INVASION?Troops stationed near Ukraine’s eastern borderWhat does Russia say?WHAT DOES RUSSIA WANT?HOW IS NATO HELPING UKRAINE?HOW FAR WILL THE WEST GO FOR UKRAINE?

Russia says it has no plans to invade and yet the US has threatened sanctions on an unprecedented scale if it does, so what is going on?

Ukraine shares borders with both the EU and Russia, but as a former Soviet republic it has deep social and cultural ties with Russia and Russian is widely spoken there.

Russia has long resisted Ukraine’s move towards European institutions, and its key demand is that it never joins Nato or has the military alliance’s offensive weapons on its soil.

When Ukrainians deposed their pro-Russian president in 2014, Russia seized and then annexed the southern Crimean peninsula from Ukraine and Russian-backed separatists captured large swathes of Ukraine’s two eastern regions collectively known as the Donbas.

IS THERE A REAL THREAT OF INVASION?

That conflict in the east continues to this day. Ukraine says Russia has sent tanks, artillery and snipers to the front in rebel-held areas. But it is the Russian forces beyond the Ukrainian border that are of most concern, and Western intelligence services believe they number up to 100,000.

There is no sense of an imminent threat – or that Russia’s President Vladimir Putin has decided on invasion.

The Kremlin spokesman has urged everyone to keep a “cool head”, and Russian Deputy Foreign Minister Sergei Ryabkov has warned that tensions could lead to a situation similar to the 1962 Cuban missile crisis when the US and Soviet Union came close to nuclear conflict.

But Western intelligence services as well as Ukraine’s think an incursion or invasion could happen sometime in early 2022, The most likely time to reach readiness for escalation will be the end of January,” says Ukrainian Defence Minister Oleksiy Reznikov.

US intelligence says as many as 175,000 Russian troops could become involved as early as January, and CIA Director William Burns believes President Putin “is putting the Russian military, the Russian security services in a place where they could act in a pretty sweeping way, It could just be posturing in an attempt to secure guarantees from Nato.

We’ve been here before, in April this year, and that time Russia shrugged off smaller-scale troop movements as exercises and then pulled back (although some experts suggest it was only a partial pullback). No obvious concessions were made, President Joe Biden and Mr Putin had a video call on 7 December in a bid to lower tensions, but there is little sign of that yet.

What does Russia say?

Russia initially described satellite photos showing troop build-ups in Crimea and not far from eastern Ukraine as alarmist. But by early December, a presidential aide insisted that “we have the right to move troops on our territory”.

Russia’s armed forces chief Valery Gerasimov says Nato has focused too much attention on troop movements and “information circulating in the media about the alleged impending Russian invasion of Ukraine is a lie”.

Moscow has countered by accusing Ukraine of building up to half its army – some 125,000 people – in the east, alleging that Kyiv is planning to attack areas controlled by Russian-backed separatists, Ukraine says that is nothing short of “propaganda nonsense” to cover up for Russia’s own plans.

WHAT DOES RUSSIA WANT?

President Putin has warned the West not to cross Russia’s “red lines” on Ukraine.
So what are those red lines?

One of them is stopping Nato’s expansion any further to the east, and deploying weapons in neighbouring countries that could threaten Russia. President Putin has said if Ukraine joins Nato then military contingents, bases and offensive weapons will follow.

Russia is already concerned by Ukraine’s deployment of Turkish drones against Russian-backed forces in eastern Ukraine and Western military exercises in the Black Sea.

Speaking at the end of November, Mr Putin said he hoped “common sense and responsibility for their own countries and the global community will eventually prevail”.

Back in July 2021, the Russian leader published a lengthy account on the Kremlin website, detailing the two countries’ history together, calling Russians and Ukrainians “one nation” and labelling Ukraine’s current leaders as running an “anti-Russian project”.

To those who sought to turn Ukraine against Russia, “this way they will destroy their own country”, he said.

Russia is also frustrated that the 2015 Minsk peace deal aimed at halting the conflict in eastern Ukraine is far from being fulfilled. There are still no arrangements for independently monitored elections in the separatist regions. Russia denies accusations that it is part of the lingering conflict.

HOW IS NATO HELPING UKRAINE?

Nato’s Western military alliance is defensive and its secretary-general, Jens Stoltenberg, has made clear that any military support is purely along those lines.

The UK is set to help Ukraine build two naval bases, at Ochakiv on the Black Sea, and at Berdyansk on the Sea of Azov. US anti-tank Javelin missiles have also been sent to Ukraine and two US Coast Guard patrol boats have been given to the navy.

“It is up to Ukraine and 30 [Nato] allies to decide when Ukraine is ready to join the alliance,” Mr Stoltenberg has said. Russia has “no veto, no right to interfere in that process”.

HOW FAR WILL THE WEST GO FOR UKRAINE?

The US has made clear it is committed to helping Ukraine defend its “sovereign territory”. President Biden spoke of imposing measures “like none he’s ever seen” if Ukraine was attacked.

But he also stressed that deploying US troops unilaterally was “not on the table”.

Ukraine says it is prepared to defend itself alone. “We will be fighting this war by ourselves,” said Foreign Minister Dmytro Kuleba.

The US vows robust response amid Ukraine invasion fear, So even if the US refuses to recognise Russia’s “red lines” on Ukraine joining Nato or anything else, how far will its “strong economic and other measures” go to help Kyiv?

The biggest tools in the West’s armoury appear to be sanctioned and supporting the Ukrainian military. UK Foreign Office minister Vicky Ford has said that British officials are considering an extension of defensive support.

As for economic measures, the biggest tool could be threatening to disconnect Russia’s banking system from the international Swift payment system. That has always been seen very much as a last resort, but Latvia has said it would send a strong message to Moscow.

Another key threat is to prevent the opening of Russia’s Nord Stream 2 gas pipeline in Germany, and approval for that is currently being decided by Germany’s energy regulator. Germany Foreign Minister Annalena Baerbock has made clear if there is any further Russian escalation then “this gas pipeline could not come into service”

There could also be measures targeting Russia’s RDIF sovereign wealth fund or restrictions on banks converting roubles into foreign currency.

The G7 group of wealthy democracies has warned Russia of “massive consequences and severe cost” in response to further action against Ukraine.