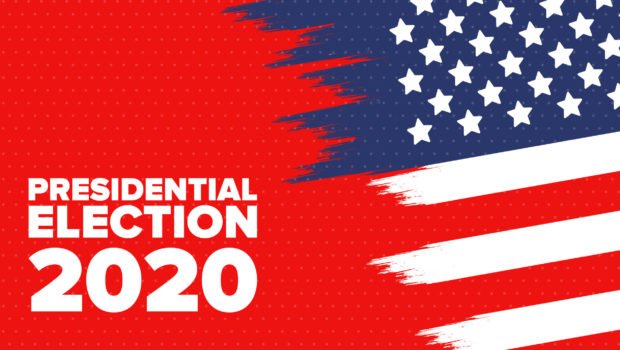 If some you follow news and politics you know there is a presidential election in one of the most powerful country, there is lots of controversy going around this election and seems like Donald Trump is enjoying it Today I don’t create an opinion, in spite we just look at both candidate profile, their agenda, controversy, corruption and promises on which they are fighting this election.

Just to refresh your memories here are some major events of trump ruling Under the banner Make America Great Again, Trump has run a controversial campaign built on promises to strengthen the American economy, build a wall on the border of Mexico and the US, and to temporarily ban immigration by Muslims Despite massive protests at his campaign events Trump became the presumptive Republican party nominee for president after the Indiana primary, Things were always little heated with trump when he made lewd remarks about women, and claims, including from members of his own party, that he was not fit for office.
He was impetuous, bottomlessly ignorant, almost chemically inattentive, while the bureaucrats were seasoned, shrewd, protective of themselves and their institutions. They knew where the levers of power lay and how to use them or prevent the president from doing so.

On January 20, 2017, Trump echoed the populist criticism of the Washington establishment that had been a hallmark of his campaign and struck a strongly nationalist “America First” tone, promising that “America will start winning again, winning like never before.” The day after Trump’s inauguration, “Women’s Marches” and supporting events were held in cities across the United States and abroad in support of (among other issues) gender and racial equality and in defiance of the legislative and cultural challenges to them that the marchers expected from President Trump and a Republican congressional majority. Estimates vary, but many observers suggested that between 3.3 million and 4.6 million people had turned out to march in U.S. cities, making the collective action one of the largest mass protests in U.S. history. Trump’s first months in office were steeped in controversy. From the outset, his approach to the presidency departed from many of the expectations associated with the conduct of the chief executive.
His most controversial policy decision in the first six months of his presidency regarding the environment came in June 2017, when he announced the U.S. withdrawal from the Paris Agreement on climate change, a broad range of measures (agreed to by 195 countries) aimed at limiting increases in worldwide temperatures and mitigating the economic consequences of global warming. Trump, who doubted that climate change was real, argued that the agreement was unfair to the United States and that its mandate for reductions in greenhouse gas emissions would damage the U.S. economy.

Immigration and Customs Enforcement(ICE) and their removal operations was another controversial decision, creating a whole wall on US Mexico border to prevent illegal immigrants, Immigration was also the focus of another controversial executive order early in Trump’s term. Issued in late January, the order suspended immigration from seven Muslim-majority countries and, in the eyes of many, effectively fulfilled Trump’s campaign promise to institute a “Muslim ban.” This so-called travel ban was immediately greeted with widespread protests at U.S. airports.

Pursuing “repeal and replacement” of Obamacare, another very debatable decision and the most presented argument against this decision was that it can kill many jobs in the health care system, taking about this then how we can forget John McCain sinks ‘skinny repeal’ of Obamacare health act, an Arizona senator, whose war record Trump mocked, deals major blow to president’s agenda in a dramatic late-night vote. Another objective high on the list of Republican priorities during the 2016 election, the selection of a judicial conservative to replace Scalia on the Supreme Court, was accomplished in April with the Senate’s confirmation of Trump’s nominee, Neil Gorsuch. Democrats attempted to employ a filibuster to block Gorsuch’s appointment, but the Republican majority changed the Senate rules to remove the 60-vote minimum required to terminate debate and proceeded to a confirmation vote. In the event, Gorsuch was confirmed by a 54–45 vote that went largely along party lines. In the meantime, several high-profile foreign policy issues heated up. On April 6, 2017, responding to a chemical weapons attack by the government of Bashar al-Assad that killed some 80 Syrian civilians, Trump ordered an airstrike on the Syrian airbase at which the chemical attack had originated. Nearly five dozen Tomahawk missiles were launched against the airbase from warships in the eastern Mediterranean Sea. The attack increased the already high tensions between the United States and Russia.

Here are some events. Violence in Charlottesville, the dismissal of Steve Bannon, the resignation of Michael Flynn, and the investigation of possible collusion between Russia and the Trump campaign. Jeff Session’s recusal, James Comey’s firing, and Robert Mueller’s appointment as special counsel. Hurricanes Harvey and Maria and the mass shootings in Las Vegas, Parkland, and Santa Fe. The #MeToo movement, the Alabama U.S. Senate special election, and the Trump tax cut. Withdrawing from the Iran nuclear agreement, Trump-Trudeau conflict at the G7 summit, and imposing tariffs​The Trump-Kim 2018 summit, “zero tolerance,” and separation of immigrant families.

Joe Biden started his political career as a US senator, As a senator, Biden focused on foreign relations, criminal justice, and drug policy. He served on the Senate’s Foreign Relations Committee, twice as its chair (2001–03; 2007–09), and on the Committee on the Judiciary, serving as its chair from 1987 to 1995. He was particularly outspoken on issues related to the Kosovo conflict of the late ’90s, urging U.S. action against Serbian forces to protect Kosovars against an offensive by Serbian Pres. Slobodan Milošević. On the Iraq War (2003–11), Biden proposed a partition plan as a way to maintain a united, peaceful Iraq. Biden also was a member of the International Narcotics Control Caucus and was the lead senator in writing the law that established the office of “drug czar,” a position that oversees the national drug-control policy.

On August 23 Obama officially announced his selection of Biden as the Democratic Party’s vice presidential nominee, and on August 27 Obama and Biden secured the Democratic Party’s nomination. On November 4 the Obama-Biden ticket defeated John McCain and his running mate, Sarah Palin. In November 2012 Obama and Biden were re-elected for a second term, defeating the Republican ticket of Mitt Romney and Paul Ryan.

As vice president, Biden played an active role in the administration, serving as an influential adviser to Obama and a vocal supporter of his initiatives. In addition, he was tasked with notable assignments. He helped avert several budget crises and played a key role in shaping U.S. policy in Iraq.

WHAT JOE BIDEN PROMISES ARE?

Mr. Biden’s approach to tackling coronavirus, the most immediate and obvious challenge facing the country, is to provide free testing for all and hire 100,000 people to set up a national contact-tracing program. Raise the minimum wage and invest in green energy. Criminal justice reform, grants for minority communities. Rejoin global climate accord agreement, which Donald Trump withdrew from, committed the US to cut greenhouse gases up to 28%. Expand Obamacare and Undo Trump’s policies. Universal pre-school, expand the free college.