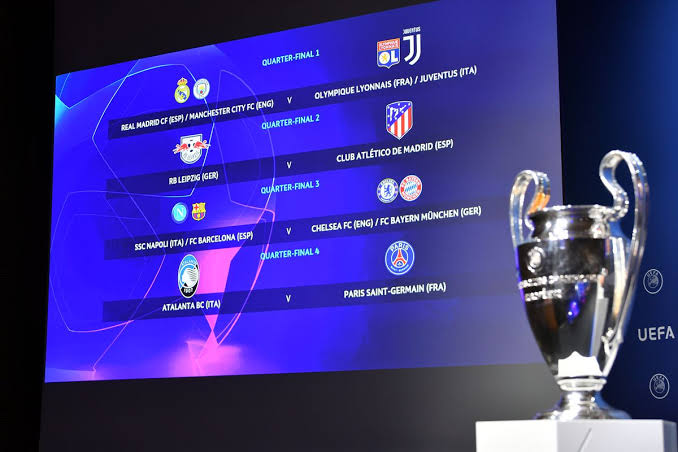 The Reds strive to reach the final in four seasons for the third time but were knocked out by Atletico Madrid 12 months ago at this point. They’re up against semi-finalist RB Leipzig last season in the 16th round. Julian Nagelsmann is second in the Bundesliga and pipped Manchester United behind Paris Saint-Germain into the Group H runners-up spot. In the group stages, the German club defeated both PSG and United at the Red Bull Arena, where they will host Liverpool on February 16.

After surrendering Group G top spot to Juventus in their final group game, Barcelona faces heavyweights Paris Saint-Germain in the last 16 of the Champions League. After defeating them in Turin and picking up a pair of wins over both Ferencvárosi and Dynamo Kyiv, Barca lost 3-0 at home to the Italian giants, their first loss in 39 Champions League home matches.

After a patchy start in the groups, PSG booked its place in the knockout stages with three consecutive wins. The Paris side, then led by Thomas Tuchel, reported victories over RB Leipzig and Istanbul Başakşehir on either side of Old Trafford’s significant win.

In the European Champions League, Seville is in fine shape, winning two home games at the Estadio Ramón Sánchez Pizjuán. In the Champions League, Borussia Dortmund is in good shape and they won two away games but lost the last game in the Bundesliga.

In their last two encounters, Seville has never lost to Borussia Dortmund, with one going to Seville and the other finishing as a draw.

On the final matchday before the knockout stages, Juventus clinched top position in Group G with an emphatic 3-0 win over Barcelona at Camp Nou.Despite losing 2-0 to Ronald Koeman’s side in Turin earlier in the group campaign, Juve went beyond Barca on his head-to-head record.

In the last 16, they will face Porto, who finished runners-up in Group C behind Manchester City. The side of Sérgio Conceição lost their opening position at the Etihad Stadium, but played a credible draw at City’s home and picked up a pair of wins against both Marseille and Olympiacos.