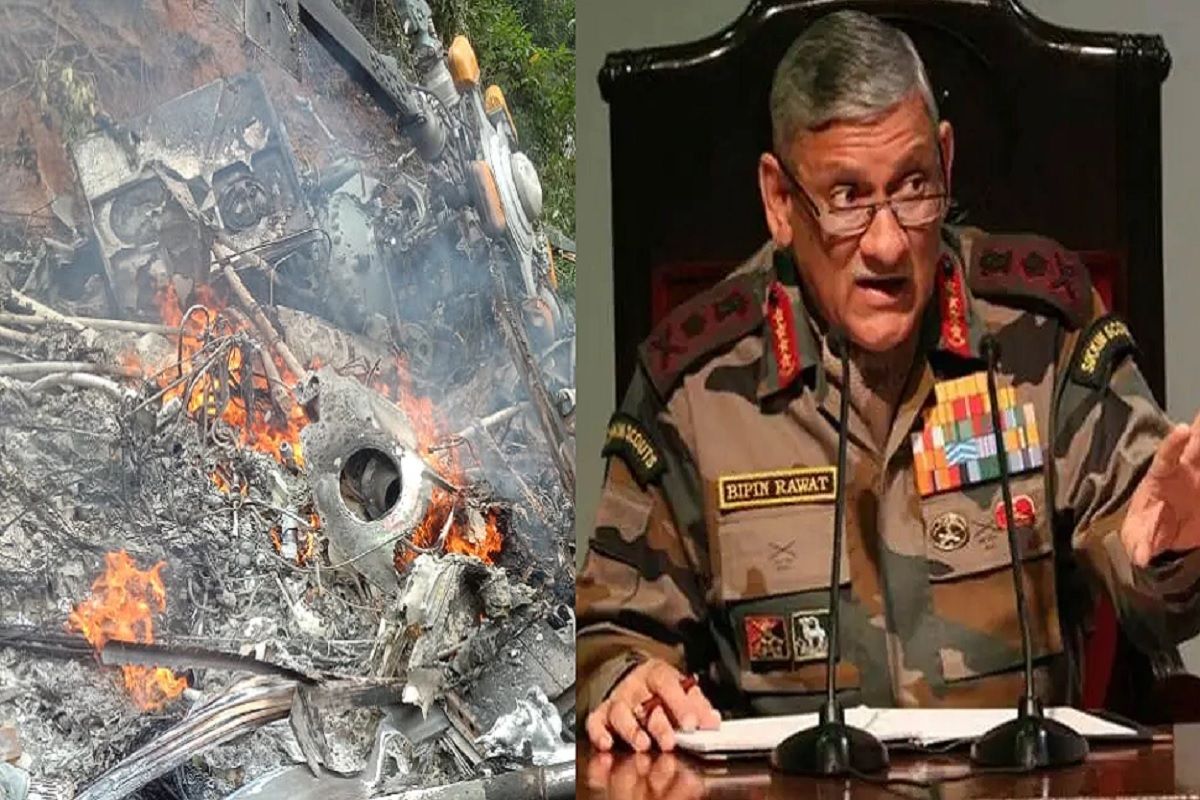 The Indian Air Force helicopter that crashed on Wednesday, with Chief of Defence Staff General Bipin Rawat and others on board, belonged to the 109 Helicopter Unit, based out of Sulur airbase in Tamil Nadu.

It was an MI-17 V5 variant, which is one of the latest versions of this Russian-made military transport helicopter available around the world. It belongs to the MI-8/17 family of military helicopters. It has a digital flight data recorder and a cockpit voice recorder onboard to monitor flight parameters and cockpit conversations respectively.

As per open-source information accessed based on the tail number of the helicopter that crashed with Rawat on board, this one was part of the first 2008 contract for 80 MI-17V5 medium-lift helicopters. According to aviation expert Angad Singh, the order was later expanded to 150 helicopters that were assembled at the 3 Base Repair Depot, Chandigarh.

This particular helicopter has many variants including a 36-seat one for carrying troops, another for carrying cargo transport, and one equipped with an emergency floatation system. A three-member flight crew including pilot, co-pilot and flight engineer fly the helicopter along with a loadmaster.

The MI-17 V5 is one of the most modern modifications of the Mi-8/17 helicopter series of Russian origin. The twin-engine, single-rotor-scheme helicopter with a tail rotor has an advanced performance design with a dolphin-type nose, an additional starboard sliding door and a portside widened sliding door

The MI-17 V5 can carry equipment inside the cargo cabin or an external sling, drop tactical air assault teams, and carry the wounded. The armament systems that can be put on the helicopter include unguided rockets, 23 mm cannons and 250 rounds each. It can also be equipped with a self-defence system against heat seeker missiles, along with a heavily armoured cockpit, and other features for enhanced survivability.

The Indian government had awarded a contract to the Russian manufacturers for 80 MI-17 V5 helicopters, to begin with, in 2008 at a cost of $1.3 billion. Delivery began in 2013. The final batch of helicopters was delivered to the Indian Air Force in 2018.

The IAF has set up a repair and overhaul facility for its MI-17V5 helicopters at 3 Base Repair Depot in Chandigarh. This facility was inaugurated in Chandigarh in 2019.

The helicopter, which can be used for both transport personnel and cargo, is the mainstay of the Indian Air Force’s medium-lift helicopter fleet. Although a fairly new addition, with less than ten years in service in the IAF, the helicopters are considered among the most advanced and are not prone to accidents.

However, in recent years they have had a few close shaves. The last crash was reported less than a month ago on November 18, when a Mi-17v5 crashed in eastern Arunachal Pradesh due to a technical snag. All onboard were, however, safe.

In February 2019, when India and Pakistan were involved in a dogfight after the airstrikes at Balakot by the Indian Air Force, a Mi-17 helicopter of the IAF, which had taken off from Srinagar, was gunned down in friendly fire, killing six airmen on board. Former Air Force Chief Air Chief Marshal R K S Bhadauria called it a “big mistake” and said action had been initiated against two IAF personnel.

Apart from India, it is used by the air forces of nearly 50 countries, including Russia and Iraq, and is also part of the erstwhile Afghan Air Force.

MAY 1993: An IAF MI-17 helicopter crashed in Bhutan. Eight were killed including the then GOC-in-C, Eastern Army Commander, Lt Gen Jameel Mehmood, and his wife and his military assistant.

JAN 2001: Brigadier Raman Sehgal and five others were killed when an Army helicopter crashed near Vaishno Devi Shrine.