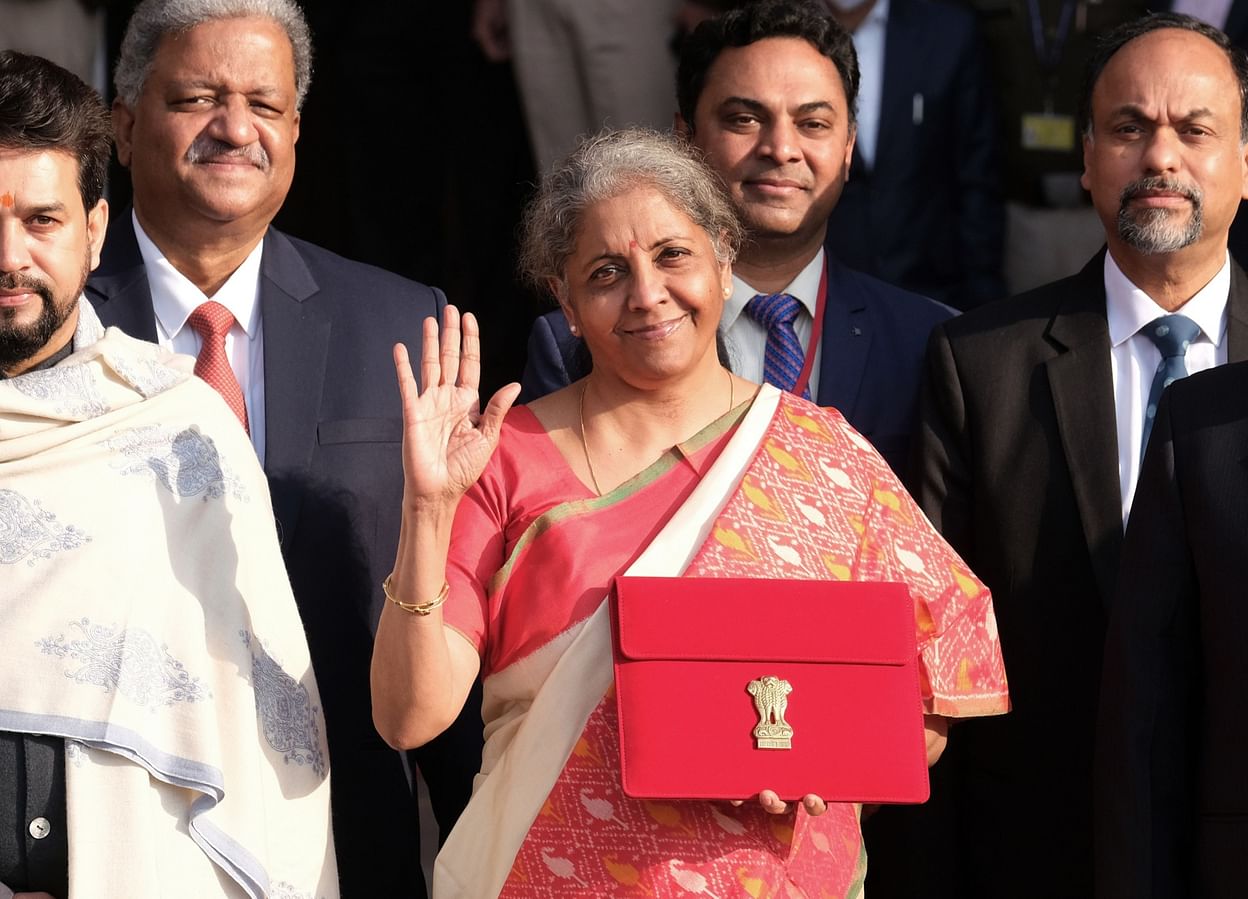 This Time Finance Minister Nirmala Sitharaman said that the Budget proposals for this financial year rest on six pillars health and well-being, physical and financial capital and infrastructure, inclusive development for aspirational India, reinvigorating human capital, innovation and R&D, and ‘Minimum Government, Maximum Governance’.
So let’s have a look on some main highlights of this union budget

National Hydrogen Mission to be launched to generate hydrogen from green power sources, Recycling capacity of ports to be doubled by 2024, Gas pipeline project to be set up in Jammu and Kashmir Pradhan Mantri Ujjwala Yojana (LPG scheme) to be extended to cover 1 crore more beneficiaries

Needless to say, the government is spending a lot of money. In fact, they are spending substantially more than what they are earning. India’s fiscal deficit (read as total money spent by the government in excess of the total income earned) is expected to slip to 9.5% of the country’s GDP this financial year. For context, the government expected the deficit to stay at 3.5% when they presented the budget last year. However, these plans had to change after the pandemic.

Now bear in mind, not all of this money was spent in a bid to kickstart the economy. Some of it was spent to clear past dues and payments, most notably money owed to the Food Corporation of India. But even if you discount that, the spending is quite substantial. And the government will have to borrow some money in the short run. However, if they are serious about reducing the deficit over the long run (which they are), they need to make more money, plain and simple.

Monetisation isn’t technically a fire sale. You don’t actually sell government assets to private contractors. Instead, it’s an avenue for the government to raise some money by working with private investors. For instance, consider the monetisation of roads. NHAI (National Highways Authority of India) has been trying to unlock value in this space for a while now. Meaning, if they have a national highway on their hands, they can technically transfer the asset to a private institution under certain conditions. The private entity won’t own the assets of course. But they will be able to make money off of it. In return, they will pay the government a large sum upfront and continue to operate the asset for the next 20 odd years for instance. In this case, they will manage the highways and the money from the toll collection will go to them. So to summarize here,  The government gets a cash injection and the burden of maintaining roads is shifted to the private contractor. It’s a neat way of raising some money. And the government wants to up the stakes here. They’ll be monetising a lot of things.

Roads operated by NHAI, power transmission assets operated by the Power Grid Corporation, oil and gas pipelines of GAIL, IOCL and HPCL, Airports in Tier 2 and Tier 3 cities, Rail infrastructure, Warehouses and Sports Stadiums. There will be a lot of monetisation.

DISINVESTMENT There will also be disinvestments ,  They will soon privatize two public sector banks, one general insurance company and Air India. They will also IPO LIC and raise some money here. However, letting go of public sector companies can be extremely challenging at times. For instance, the government has been quick to sell stake in companies that have been doing really well , like NTPC and Oil India. The problem with this strategy is that it leaves all the bad apples for later. And when you get to the bad apples, like Air India for instance, it can get a bit tricky. So we will have to wait and see how things progress here.
Agriculture Infrastructure CessBesides this, the government also laid out plans to raise money using a rather sneaky move. They’ve added an Agri infra cess i.e. an extra charge on petrol and diesel,  ₹2.5 and ₹4 respectively. The cess is also applicable on a bunch of other items including alcoholic beverages, but before you go out on the streets to protest with brickbats and broken roof tiles, one small addendum. This won’t affect the price of these items for the most part. And it certainly won’t affect the price of fuel. Because it just so happens that the government also decreased the excise duty by the same amount. So they added a cess, making fuel more expensive and then they cut down duties by a similar margin to negate the impact of the cess. And they did it with multiple items. So what gives?

Well, the thing is , Money raised from cess goes to the centre directly. The custom and excise duties go to the Consolidated Fund of India and the proceeds of the fund are often shared with the states. So in a bid to rope in more money, the government increased the cess, at the expense of the states but they made sure that the move did not affect consumers. Granted, the centre can only use this money towards Agri-Infra initiatives (because it’s an agri-infra cess) but it will definitely raise some eyebrows.
banks and if you were following the markets closely during all this, you probably already know that banking stocks surged like crazy after the budget. Now, bear in mind, you can never say for sure why stocks move upwards, downwards, sidewards and go round and round. But rumour has it that this rally was a byproduct of the bad bank announcement.

For the uninitiated, Indian banks have had a problem with unpaid loans for a while now. It’s no secret anymore and considering the terrible year we just had, it’s quite possible that this problem might just metamorphosize into a catastrophe. So the plan right now, it seems, is to move all these toxic loans somewhere else. Maybe, move it to a “bad bank.”
This way  Struggling banks will only be left with the pristine stuff the good loans (loans that are likely to be repaid in full). And they can focus on getting their act together instead of worrying about the problem loans. Also, when outside investors look at these banks the next time around, they will see that there’s a real money-making opportunity here.
taxation the taxation front, there weren’t many developments. Senior Citizens will now be exempt from filing returns after 75* (if they only have pension & interest income) and the interest accruing out of your employee provident fund might be subject to taxes if you are contributing more than ₹2.5 lakhs per annum towards the EPF. But outside of that, no big announcement.
FOREIGN DIRECT investment and finally, the government said it planned to increase the FDI limit in the insurance sector. Meaning, foreign investors can now hold a majority stake in an Indian insurance company,  74% as opposed to 49%. The hope is that this will further incentivize outside investors and the added competition might benefit Indian consumers.