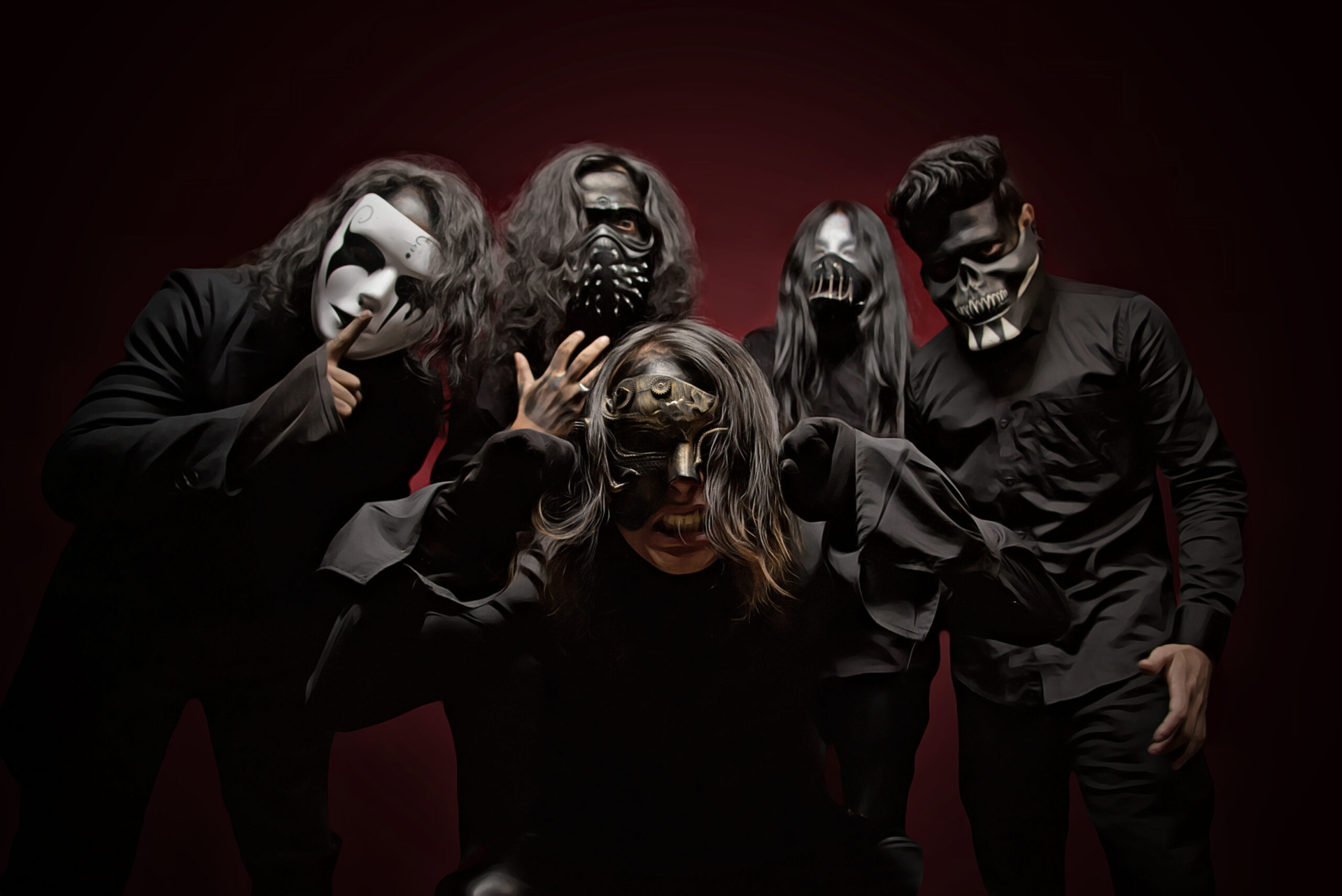 AROGYA is the first Dark Synth Rock act from Northeast India and has been active in the music scene since the year 2014. At the cutting edge of a unique darkwave genre-blending dark synth with modern rock and heavy metal, the band has created deep, powerful, and genuine music, bringing a new exciting flavor to the arena.

Contents
1) When did your bands’ journey begin?2)Tell us more about the name of the band “Arogya.”3) Which has been your first track? 4) Who has been your inspiration?5) Where do you see yourself in the next 5 years?6)How would you describe your music?7) Which has been your most memorable song or project?8)What advice would you give to aspiring musicians?9)Share some of your achievements with the magazine.10)How was life in quarantine?

AROGYA first started out as an independent avant-garde Nepali Arena Rock band with 2 self-titled original albums under their belt. AROGYA has since evolved in its songwriting and composition style, coming up with a new 3rd album in English under the German record label Out of Line Music. Together with German producer and vocalist of Lord of the Lost, Chris Harms, they set out to create a new sensory experience for the audience. The result is a new sound with a fusion of modern rock elements, electronic, pop, metal, and industrial which is very different from what can be found in the current music scene.

AROGYA in Sanskrit means healer and their music aims to heal the broken, to lift the spirit, and to be a balm to the soul. AROGYA’s songs’ themes are inspired by personal experiences and social issues faced daily like depression, suicide, reality, humanity, love, and war; every lyric try to spread messages & awareness, to reach out to the masses.

Here’s the Arogya Band in a conversation with GOGO Magazine.

1) When did your bands’ journey begin?

AROGYA was first formed in 2014 between 3 musicians – Rain (vocalist), Rui (drummer), and Noel (guitarist who has since left the band in 2017). AROGYA started out as an independent avant-garde Nepali Arena Rock band with 2 self-titled original albums under our belt. We have since evolved in our songwriting and composition style, coming up with a new 3rd album in English under the German record label Out of Line Music and produced by Chris Harms of Lord of the Lost band. The formation of Arogya was driven by a dream to achieve immortality through personal creations of good meaningful songs that will evoke emotions and stay in the memories of the music-loving community.

2)Tell us more about the name of the band “Arogya.”

The band name AROGYA is derived from an ancient Indian language Sanskrit meaning giving good health which we translate as “Healer”. We chose AROGYA as our band name in the hope to heal through our music, lifting the spirit, and to be a balm to the soul through our songs with themes, meanings and causes to reach out to the people. To us, music is the power that unites and transcends all barriers. Our music deals with love, pain, the spiritual, the transience, and the effort to escape the inner demons, as does life as such. On dark days in one’s life’s journey, we wish you would find a ray of hope in our music, the glimmer of light at the end of the tunnel.

Our first track in Nepali is TIMILAI, released back in 2015under Live and Loud Records (Gangtok) from our debut self-titled album. The Music Video production has an innovative concept for the love song, set in the future with a Sci-fi theme depicting star-crossed lovers bounded by memories. It went on to become a hit song in Nepal within the month of release staying as the No.1 hit for 3 weeks on Radio Kantipur. To date, it has amassed more than 485k views over 3 YouTube channels.

Whereas, our first track in English is DARK WORLD, which was selected as 10 BEST INDIAN SINGLE of 2019 by the prestigious Rolling Stone India. The Music Video and song tell a tale of vengeance and retribution, of karma and how the past sins have a way to come back to haunt your life.

To start off, each band members have their own favorites and some of us are inspired by Black Sabbath- they are the pioneers of heavy riff and Heavy Metal Music, King Diamond – is attractive because of their uniqueness with vocalist extremely metal image and singing whole song in a unique falsetto voice and Cradle of Filth – gives the chills.

As a band though, collectively we all love Iron Maiden, Rammstein, Depeche Mode, Marilyn Manson, In Flames, Lord Of The Lost, Within Temptation, U2, and Ghost – for that old Sabbath sound with a very modern touch.

We will keep doing what we love, what we are doing now. No matter where the road takes us or how long the journey is, we will keep working hard and keep music in our lives.

We keep Arogya’s music simple yet exciting, dynamic, and fresh. In the creation of our songs led by vocalist/songwriter RAIN and assisted by guitarist Mr.G&Deadnoxx, we strive to constantly innovate and experiment with new materials. We want to create new sensory experience for our audience, strive ahead in the music industry with something different and stretch our musical capabilities but yet not lose the sound we have developed over the years. Our aim is to produce original music that is very different and unique from what you can find in the local music scene.

The most challenging and memorable project was the music videos shoot for 3 Singles – BROKEN, DUST & MISERY’s LAIR from our GENESIS album last year, all executed within 4 days! It was a hectic 24/7 schedule in the middle of the pandemic facing problems with logistics and booking the shoot venue but we managed to pull it off brilliantly. It was one hell of an experience!

Our manager Janice (also GENESIS album’s lyricist) and Rain the vocalist, came up with the concepts of all the videos and screenplays themselves. The videos were edited and special effects were created by none other than our multi-talented drummer Rui X, under in-house production unit PENXILS.

Stay true to yourself and don’t give up because it’s a long way to the top if you want to ROCK AND ROLL! Never lose hope and life is too short to not go grab your dream!

AROGYA has so far produced 3 Albums- the self-titled debut was released under Live & Loud Records in 2015, we released AROGYA II Album as an independent artist in 2018, and in 2021 our first English Album GENESIS.

AROGYA was the first Rock Band from NorthEast India to be signed by an international record label, OUT OF LINE MUSIC from Germany in 2020. The GENESIS Album released under them was also selected as 10 Best Indian Albums of 2021by the prestigious Rolling Stone India. Thanks to Out of Line Music, we had a lot of international exposure and our music is being played on radio stations all over the world especially in Europe, UK, USA& the Nordic Region.

We are adjusting well now as we have seen and gone through the worst of it. Back in 2020 in the midst of pandemonium the pandemic caused, we were totally focused and busy producing our 1st English album under Out of Line Music and writing new materials during the lockdown period. Last year in 2021 we released our Album GENESIS and were very engaged in promoting it worldwide. We have learned so many things during these moments but life was really tough as we lost so many friends and people we know. We hope everything gets healed with the Almighty.